Vietnam much more than just a meeting point for Trump, Kim 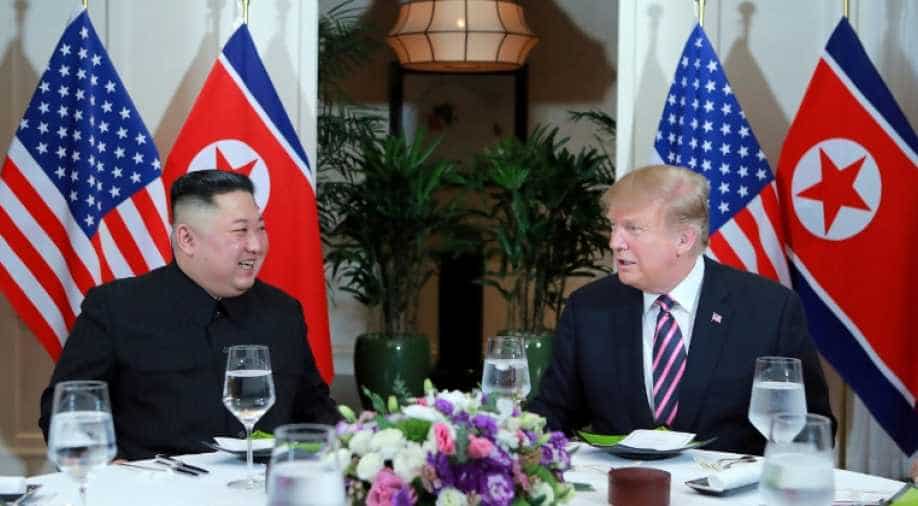 The second summit between US President Donald Trump and North Korean leader Kim Jong-un in the Vietnamese capital is scheduled to conclude on Thursday.

Vietnam, which from Wednesday hosts a summit between the United States and North Korea, is an ideal meeting point for the two sides due to its geographical location and its ties with both countries, but also for its economic model and experience in reunifying a divided country.

The second summit between US President Donald Trump and North Korean leader Kim Jong-un in the Vietnamese capital is scheduled to conclude on Thursday.

The first point in favour of Hanoi has been its location, which is not too far from North Korea, helping Kim circumvent logistical limitations on his movement.

Kim covered the 4,500 kilometres (2,796 miles) separating Pyongyang and the China-Vietnam border by train during a journey that took three days.

"Hanoi is convenient for Kim and he has been able to make the journey by train," Trung Nguyen, director of the Center for International Studies in Ho Chi Minh City, told EFE.

The analyst stressed that Hanoi's proximity to the Chinese border - from where Kim drove the last leg - has been one of the factors in selecting the capital over the coastal city of Da Nang, 750 kilometres to the south, which would have made road transport difficult.

"Vietnam had even wanted to host the Singapore summit. Earlier it did not have the confidence for these events, but now it shows that it is capable of doing so as it did with APEC in 2017 in Da Nang," he added.

Like Singapore, which hosted the first summit between the two leaders on Jun. 12 last year, Vietnam met the indispensable requisite of having diplomatic ties with both countries.

It also has the distinctive feature of not having had diplomatic relations with the US for two decades following the conclusion of the US-Vietnam war in 1975 before amending ties, which, according to the experts, could offer some leads as to the way forward for Pyongyang and Washington.

Since the resumption of ties in 1995, Vietnam and the US have been steadily increasing economic and trade exchanges, marked by state visits to Hanoi by all the US presidents from Bill Clinton to Trump, who first travelled to the Vietnamese capital in November 2017.

At the same time, Hanoi has also maintained a relationship with Pyongyang, with whom it shares historic ties due to the communist roots of both regimes, and despite enormous political and economic differences.

Since Kim came to power, the friendship between the two nations has taken on a new momentum, after years of complications posed by Vietnam’s closeness with South Korea, one of the biggest investors in the Indochinese country.

"In the past, North Korea and Vietnam had a friendly relationship. Presidents Ho Chi Minh and Kim Il-sung exchanged visits in the 1950s, but North Korea did not approve of closeness towards South Korea, which has many investments in the country, and this led to a freezing of ties," said Trung Nguyen.

One of the reasons for the increasing closeness between Pyongyang and Hanoi could be the former's supposed interest in the Vietnamese economic model, which in the 1980s began a transition from orthodox communism to the current market economy set-up supervised by the US and with the Communist Party maintaining its hegemony.

This interest has increased speculation of possible visits by Kim to industrial complexes near Hanoi during his stay in the country.

Aside from the economic transition, which has helped Vietnam become one of the most thriving economies in Southeast Asia, the country's experience in reunifying North and South Vietnam after the end of the war in 1975 could also prove valuable.

In 2016, then-South Korean ambassador to Vietnam, Jeon Dae-ju, said at a forum on peace in Hanoi that the Indochinese country was a historic model for its efforts to reunify its people.

"Kim seems to have interest in Vietnam as an economic model, but also, from my interactions with South Korean diplomats, sees Vietnam as a possible model for the reunification of the two Koreas," said Trung Nguyen.

The country was separated into North Vietnam and South Vietnam in 1956 following the Geneva Agreements, and they reunified in 1975 after the war. North Korea and South Korea have been separated since the end of World War II in 1945.