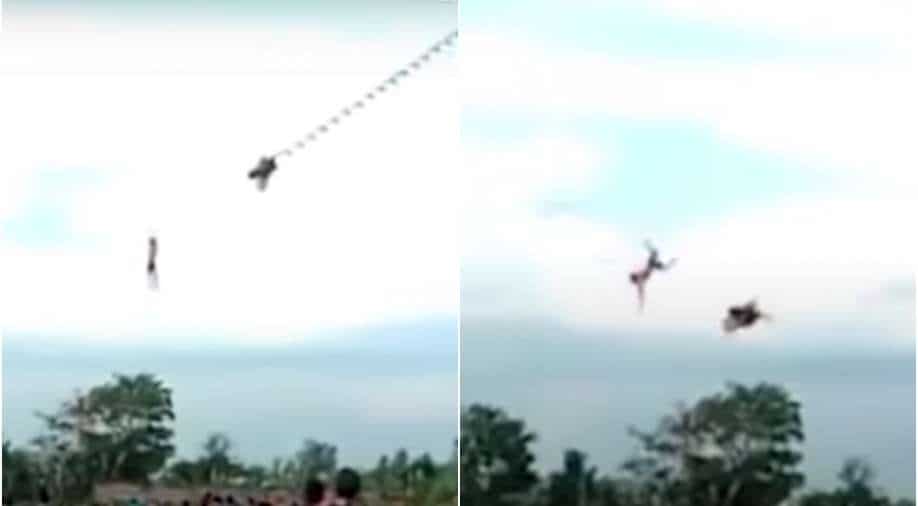 Teen flying off and then falling Photograph:( WION )

The child fortunately survived the fall. He, however, broke multiple bones and is recovering in hospital following two surgeries.

A 12-year-old boy in Indonesia was swept high into the sky by a giant kite after he became entangled in its tail. He then plummetted head-first more than 30ft to the ground in front of horrified onlookers in Pringsewu regency, Lampung.

A now-viral video shows the boy being lifted off the ground, tangled in the strings of the kite. It then snaps, sending him plunging downwards in a field full of people.

The child fortunately survived the fall. He, however, broke multiple bones and is recovering in hospital following two surgeries.

Locals rushed to the boy's aide, taking him to a nearby clinic from where he was referred to a hospital for treatment.

A similar incident happened in September this year -- where a 14-year-old boy was injured after becoming entangled in a kite string and being lifted some 11 feet into the air in Yogyakarta's Bantul regency.

The kite then snapped, sending the boy back to earth with an impact that fractured his groin.