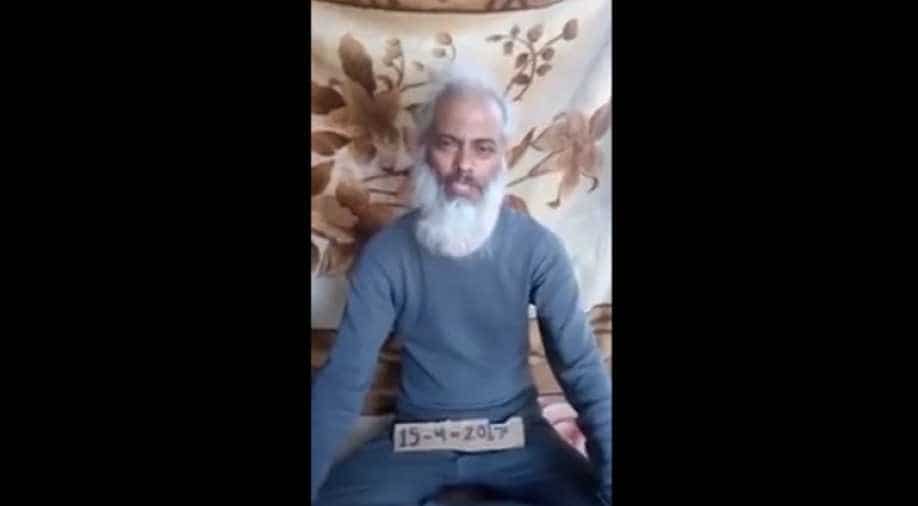 The video recording of his plea was carried by a Yemeni news website. (Source: YouTube) Photograph:( Others )

An Indian priest kidnapped after an attack on a care home in Yemen's southern port city of Aden last year has appealed for help in a video recording carried by a Yemeni news website.

Father Tom Uzhunnalil was abducted in March 2016 when four gunmen posing as relatives of one of the residents at the home burst inside, killing four Indian nuns, two Yemeni female staff members, eight elderly residents and a guard.

No group has claimed responsibility for the attack and the motive for the incident was unclear, but President Abd-Rabbu Mansour Hadi has called it an act of terrorism.

"They are treating me well to the extent they are able," the white-bearded Uzhunnalil said, speaking slowly in English.

"My health condition is deteriorating quickly and I require hospitalisation as early as possible," he added in the recording carried by Aden Time (www.aden-tm.net) news website.

The date April 15, 2017 was written on a cardboard pasted on his body.

Uzhunnalil said his kidnappers had contacted the Indian government and the Catholic bishop in Abu Dhabi in the United Arab Emirates with their demands, but the response was "not encouraging".

The authenticity of the recording could not immediately be verified.

Aden's minority Christian community have largely fled what used to be a cosmopolitan seaport before it became a conflict zone.

During an all-out civil war in March 2015 Iran-aligned Houthis advanced on Aden, forcing the government forces to flee.

A Saudi-led Arab coalition has since helped local fighters expel the Houthis, but security in Aden has not been fully restored.