Video: At least 7 dead, 46 injured after train crash in Turkey 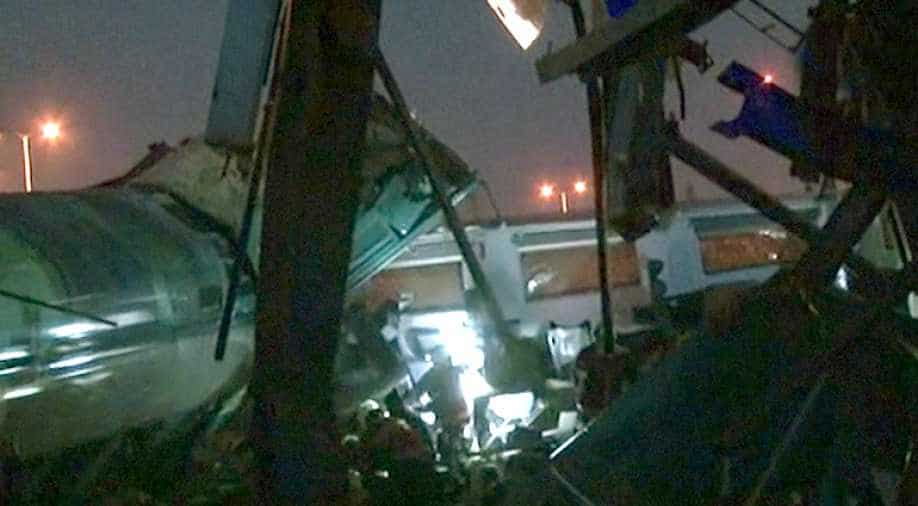 The accident occurred around 6:30 am as the train was travelling between Ankara and the central Turkish province of Konya.

Seven people have died and 46 injured after a high-speed train in the Turkish capital crashed into a locomotive carrying out routine checks on the same track, the Ankara governor said on Thursday.

Governor Vasip Sahin told reporters in televised remarks that "46 people were injured and unfortunately seven of our citizens were found dead", as the fast train was on its way to the central province of Konya.

The accident occurred around 6:30 am as the train was travelling between Ankara and the central Turkish province of Konya, the broadcaster said. The Marsandiz station is around 8 km (5 miles) from the main Ankara train station.

The governor added that search and rescue efforts continued as "technical investigations" were underway to find out exactly what caused the crash in Yenimahalle district.

Images published by Turkish media showed some wagons had derailed and debris from the train scattered on the rail track.

The Ankara public prosecutor has launched an investigation into the crash, state news agency Anadolu reported.

The accident comes after another train disaster in July when 24 people were killed and hundreds more injured after a train derailed in Tekirdag province, northwest Turkey, due to ground erosion following heavy rains.