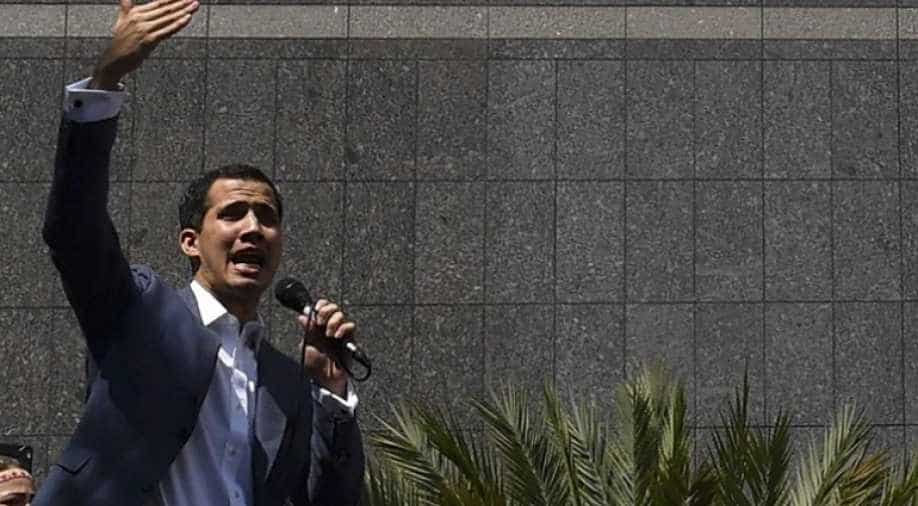 Appearing in full uniform ahead of rival rallies in Caracas, General Francisco Yanez said he was rejecting Maduro's 'irritating and dictatorial authority'.

The crack in the military's united front behind Maduro came as Guaido was mobilizing a mass protest in Caracas to back his call for Maduro's resignation and early elections.

Dressed in full uniform, Major General Francisco Yanez appeared on a video posted on social media to declare his support for Guaido, the National Assembly head who has led the most serious challenge yet to Maduro's rule.

"I address you to inform you that I disavow the vitiated and dictatorial authority of Nicolas Maduro and recognize Deputy Juan Guaido as the president in charge of Venezuela," he said.

Yanez, who is strategic planning director of the air force high command, asserted that "90 per cent of the Bolivarian National Armed Forces is not with the dictator, it's with the Venezuelan people."

"With the events of the past hours, the transition to democracy is imminent; to continue ordering the armed forces to continue repressing our people is to continue with the deaths from hunger, from disease and, God forbid, combat between ourselves," he warned.

Yanez claimed that members of the presidential aircrew had confided to him that "the dictator has two planes ready every day."

Rocio San Miguel, an expert on the Venezuelan military, noted that Yanez does not command troops but nonetheless "it's a hard blow" to the military.

The military high command, led by Defense Minister Vladimir Padrino, has sworn absolute loyalty to Maduro despite signs of unrest within the ranks.

On January 21, a group of National Guard soldiers rose up against Maduro in Caracas.

The mutiny was quickly put down and 27 soldiers were arrested, but it kicked off a week of violent clashes with security forces that the UN said left 40 dead and 850 arrested.

Citizen Control, a non-governmental watchdog led by San Miguel, estimates that 180 members of the military were arrested in 2018, and some 10,000 members of the armed forces have left the service since 2015.