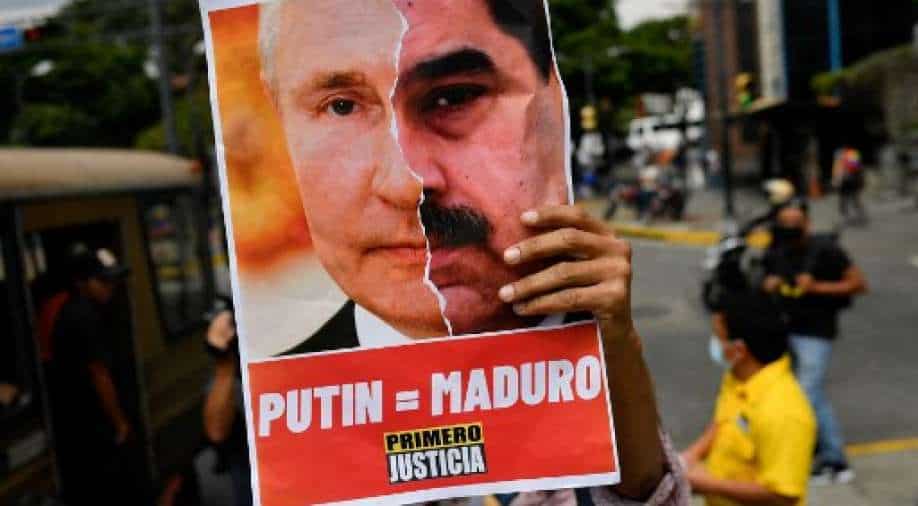 The US also seeks to improve ties with Venezuela considering that it has banned imports of Russian oil and is seeking to plug the shortfall with the Venezuelan oil to temper rising gas prices.

Two US citizens jailed in Venezuela were released following high-level talks with the US delegation in Caracas.

One of those freed on Tuesday is Gustavo Cárdenas, an executive with Citgo, a US refining company once controlled by Venezuela's state oil firm.

He was arrested in 2017 and convicted on charges of corruption that the US government said were fabricated.

The other is Jorge Alberto Fernández who was detained on unrelated charges.

“Tonight, two Americans who were wrongfully detained in Venezuela will be able to hug their families once more,” US President Joe Biden said in a statement.

Their release is being seen as a goodwill gesture by the experts following a rare visit to Caracas by a high-level US delegation.

The release of two men came hours after Venezuelan President Nicolas Maduro expressed an interest in improving relations with the US.

The US seeks to improve ties with Venezuela considering that it has banned imports of Russian oil and is seeking to plug the shortfall with the Venezuelan oil to temper rising gas prices.

Biden ramped up the pressure campaign on Moscow on Tuesday with his announcement of a US ban on Russian oil and other energy imports. The ban could further increase prices at the pump for American consumers, adding to inflationary pressure.

The South American country has huge oil reserves but the US imposed sanctions on Venezuela's oil sector in 2019 after President Maduro was sworn in to a second term in office following elections widely dismissed as neither free nor fair.

With oil expected to become scarcer following President Biden's announcement, the US has been looking for potential sources to make up the shortfall.