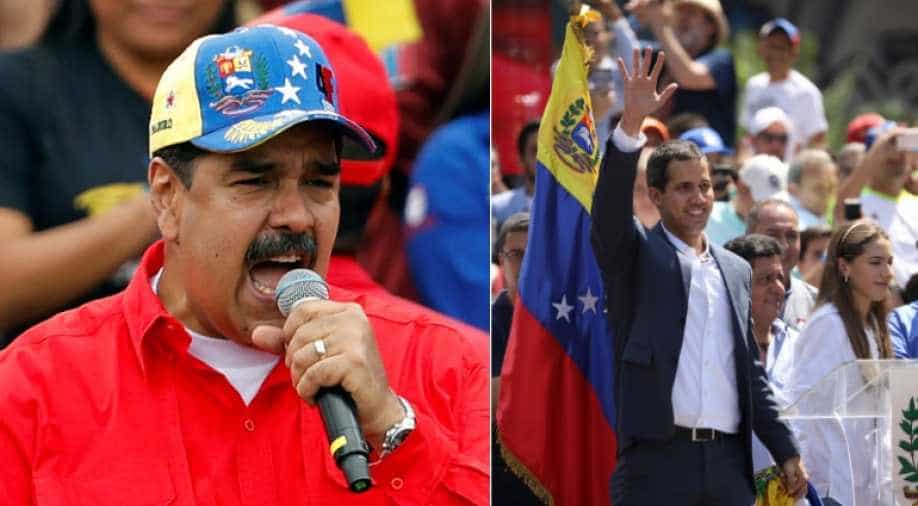 Delegates of Venezuelan President Nicolas Maduro and his rival Juan Guaido will hold their first face-to-face meeting in Oslo next week, the opposition leader said Saturday.

Venezuela plunged into a deep political crisis in January, when Guaido invoked the constitution to assume an interim presidency, arguing Maduro's 2018 re-election was illegitimate. He has been recognised by most Latin American and Western countries as Venezuela's rightful leader.

But Maduro retains control of state functions and the loyalty of the military top brass. A socialist, Maduro says Guaido is a puppet of the United States and is attempting to lead a coup against him to wrest control of the OPEC nation's oil reserves, the largest in the world. The United States and many European countries have recognised Guaido as Venezuela's rightful leader.

The representatives of each side arrived last week in the Nordic country, signalling a fresh approach to ending months of tensions that have gripped the country in January.

So far this year, dozens of people have been killed in opposition protests against Maduro's government. An economic downturn has driven more than 3 million Venezuelans to emigrate, fleeing hyperinflation and shortages of food and medicine.

The ruling socialist party, which has long said it is open to dialogue, has endorsed the talks. But many sectors of the opposition remain sceptical, arguing that Maduro has in the past used dialogue as a stalling tactic to maintain his grip on power as living standards steadily declined in the oil-rich nation.