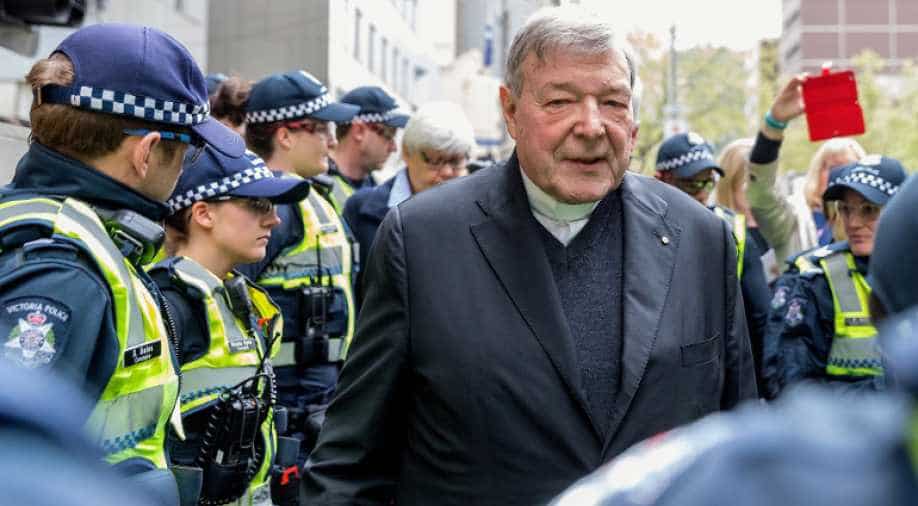 Pell, once one of Pope Francis' closest advisors, is the most senior Catholic cleric ever to be convicted of child sex crimes.

"The Congregation for the Doctrine of the Faith will now handle the case following the procedure and within the time established by canonical norm," Vatican spokesman Alessandro Gisotti said in a statement.

The investigation could result in a canonical trial and Pell's eventual expulsion from the priesthood.

He may face the same fate as American Theodore McCarrick, a former cardinal who was defrocked earlier this year in a first for the Catholic church over accusations he had sexually abused a teenager.

An Australian jury unanimously found Pell guilty in December on one count of sexual abuse and four counts of indecent assault against two boys at Saint Patrick's Cathedral in Melbourne in the 1990s.

The 77-year-old is facing up to 50 years' jail after being convicted on five counts of sexual and indecent assault of two choirboys in the sacristy of Saint Patrick's Cathedral in 1996-97, shortly after Pell became archbishop of Melbourne.

Pell, who has lodged an appeal against the verdict, will be sentenced on March 13.

He was to spend his first night behind bars Wednesday, capping an extraordinary fall from grace for one of the most powerful men in the Catholic Church.