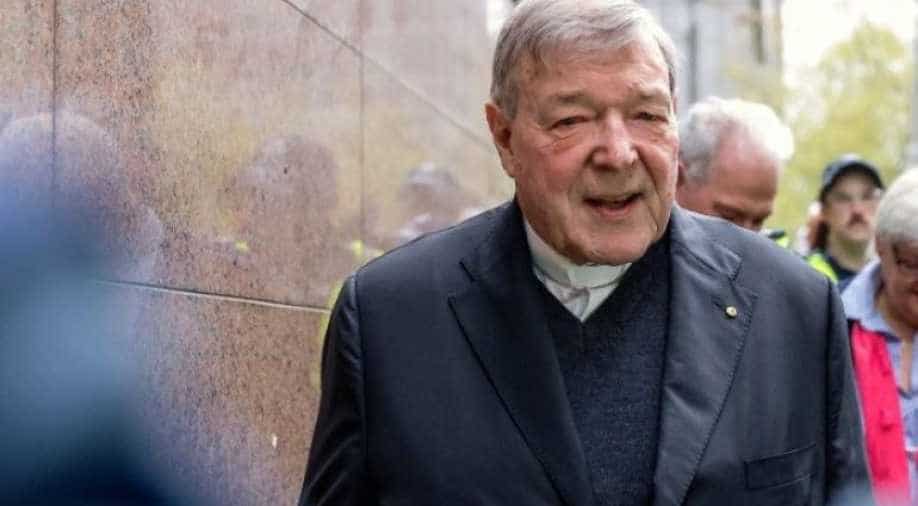 Cardinal George Pell will be formally sentenced on March 13. His lawyers have lodged an appeal against his conviction.

Australia's Cardinal George Pell, a former top adviser to Pope Francis, was remanded into custody on Wednesday after a sentence plea hearing on his conviction for sexually abusing two choir boys more than two decades ago.

Pell will be formally sentenced on March 13.

Pell faces a maximum of 10 years in jail for each of five child sex offences, which included indecent assault and one charge of sexual penetration.

His lawyers have lodged an appeal against his conviction.

Pell was found guilty of child sex abuse in December. The guilty verdict was revealed on Tuesday after a court suppression order was dropped.

Judge Peter Kidd revoked Pell's bail on Wednesday, granted for medical treatment after his 2018 trial, and he was immediately taken into custody at the end of the plea hearing.

Pell, the Vatican's former treasurer, is the most senior Catholic clergyman in the world to be convicted for child sex offences, an outcome that shocked the church and his supporters.

Ten character references submitted for Pell describe him as a man of great passion, with a great sense of humour who could relate to everyone from prime ministers to street beggars, Richter told the court.

"None of them believe he is capable of this," Richter said.