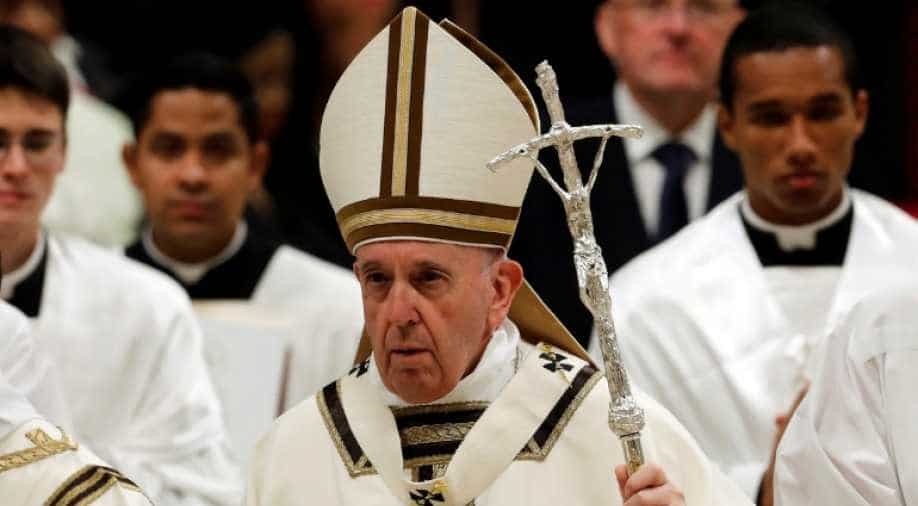 The proposal, made in a final document from a three-week assembly, known as a synod, passed by 128 votes in favour to 41 against.

An assembly of Roman Catholic bishops from the Amazon on Saturday proposed that married men in the remote area be allowed to be ordained priests, which could lead to a landmark change in the Church's centuries-old discipline of celibacy.

The proposal, made in a final document from a three-week assembly, known as a synod, passed by 128 votes in favour to 41 against.

Pope Francis will consider it, along with many other proposals on issues including the environment and the role of women, in a future document of his own, known as an Apostolic Exhortation.

Separately, when he closed the synod's final working session earlier on Saturday, Francis announced that he would reconvene a commission to study the history of women deacons in the early centuries of the Catholic Church, responding to calls by women that they are allowed to take up the role today.

But the issue of a married priesthood for the Amazon region was by far the most contentious item in the 120-paragraph final document.

The proposal calls for married men who are already deacons in the Church, have a stable family relationship, and are proven leaders in their communities to be ordained as priests.

It said the ordination to the priesthood would have to be preceded by an "adequate formation".

This solution to the shortage of priests, backed by many South American bishops, would allow Catholics in isolated areas to attend Mass and receive the sacraments more regularly.

At least 85% of Amazon villages cannot attend Mass every week and some cannot do so for years.

Conservatives oppose the change, fearing it would be a slippery slope leading to a married priesthood throughout the 1.3 billion-member Church.

They fear that if one part of the Church was allowed to ordain married men as an exception, there would be nothing to stop other areas with a shortage of priests doing the same, even in developed countries.

The document said that some bishops in the synod thought the issue should be discussed on a universal basis.

Conservatives are also opposed to women deacons, saying the diaconate is linked with the male priesthood.

Many deacons in the Church around the world today are married men.

Deacons, like priests, are ordained ministers. They may not celebrate Mass, but they may preach, teach in the name of the Church, baptise and conduct wedding, wake and funeral services and even run a parish with the permission of a bishop.

In his closing comments to the synod, Francis said: "We still have not grasped the significance of women in the Church."

Scholars have debated the precise role of women deacons in the early Church.

Some say they ministered only to other women, such as at immersion rites at baptism and to inspect the bodies of women in cases where Christian men were accused of domestic violence and brought before Church tribunals.

Others believe women deacons in the early Church were fully ordained and on a par with the male deacons at the time. The Church did away with female deacons altogether in later centuries.

A commission that handed its report to the pope this year was inconclusive. Francis, who ends the synod ceremoniously with a Mass in St Peter's Basilica on Sunday, gave no details on when the new commission would start its work.

Francis and his predecessors have ruled out allowing women to become priests.