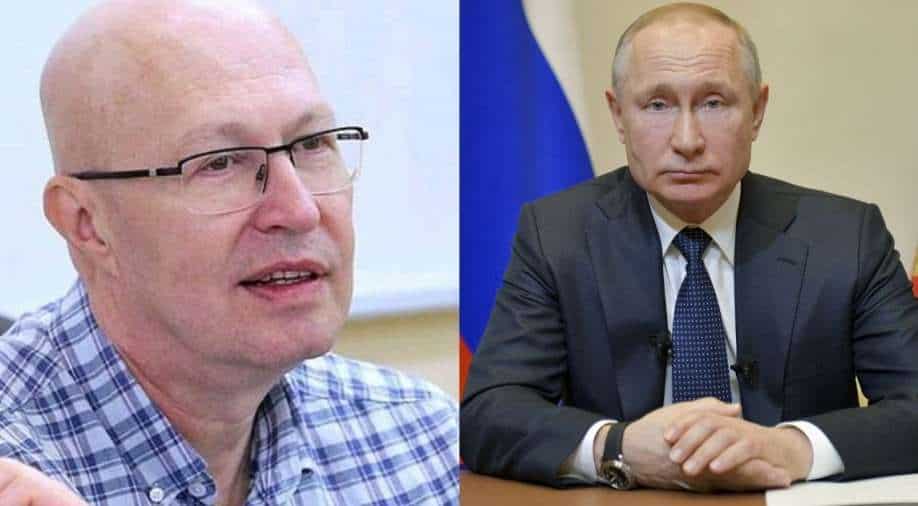 Solovey has been the source of a series of increasingly outlandish claims in recent months about Vladimir Putin, with him alleging as early as 2016 that the president would imminently stand down on health grounds.

Valery Solovey, a Russian conspiracy pundit who suggested earlier this week on a Moscow radio station that Putin was under pressure from his entourage to step down due to fears for his health, has been arrested.

According to the New York Post, Solovei said Putin would soon appoint a new prime minister who would be groomed to become his eventual successor.

On Sunday, local paper Fontanka announced that the political specialist had been confined for breaking the area's Covid avoidance laws – explicitly those requiring the wearing of veils – at what police say was an assembly for his 'Peremen' resistance development.

As per reports, the occasion was upset by counter-dissidents, who tossed smoke bombs and dissipated pamphlets. Solovey was confined and taken to a close-by police headquarters.

Solovei disclosed to Moscow's Novaya Gazeta paper from in a correctional facility that he was "simply strolling" past the social occasion, and that activists had moved toward him to pose inquiries. Solovey has been the source of a series of increasingly outlandish claims in recent months about Vladimir Putin, with him alleging as early as 2016 that the president would imminently stand down on health grounds. Up until this point, these expectations have neglected to emerge.

Nonetheless, that hasn't kept him from stirring theory in Western media, with sources including the UK's Daily Mail and the New York Post spreading his demand that the president had Parkinson's, and afterward that Putin had gone through mystery medical procedure for malignancy. Before, Solovey has said that he is an individual from a shadowy global association, more impressive than public governments.

It stays not yet clear whether US and UK columnists – in the event that it suits their account to cover the episode – will become tied up with his most recent case that he incidentally turned out to stroll past a gathering of his allies that was being held in opposition to Covid-19 laws.