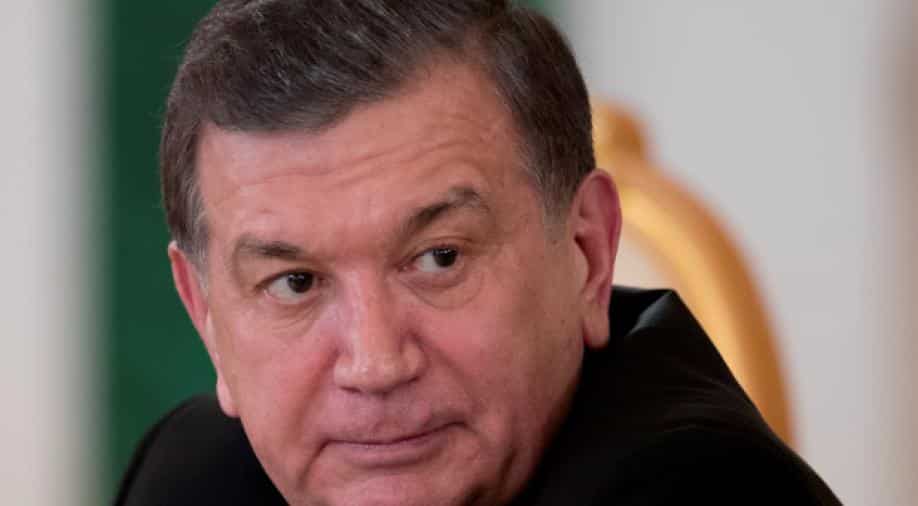 An order signed by President Shavkat Mirziyoyev said that Chinese citizens including those from Hong Kong would be subject to a seven-day visa waiver from the beginning of 2020.

Uzbekistan said Thursday that it will lift visa restrictions for citizens from China in a bid to boost foreign tourism, becoming the first country in former Soviet nation in Central Asia to make the move.

An order signed by President Shavkat Mirziyoyev said that Chinese citizens including those from Hong Kong would be subject to a seven-day visa waiver from the beginning of 2020.

Uzbekistan, which does not share a border with China, is the first of the five 'stans' in ex-communist Central Asia to scrap visas for Chinese citizens.

While China is a key trade partner for the region Beijing has often struggled to counter perceptions that it is out to dominate its weaker neighbours via loans and strategic investments.

Uzbekistan has made tourism a priority to reduce its dependence on exports of its natural resources, including natural gas and metals.

The country's star draws are the fabled cities of Bukhara, Samarkand, Khiva, which were once cultural centres and key points along the historic Silk Road trade routes linking China and Europe.

Uzbekistan's tourism committee has said that annual visitor numbers for 2018 were 5.3 million, double the figure for 2017.

President Mirziyoyev has reversed a number of policies that hampered tourism under his late predecessor Islam Karimov.

Among the restrictions he scrapped was a ban on photography in the capital Tashkent's ornate metro system that had led to police detentions of unsuspecting tourists.