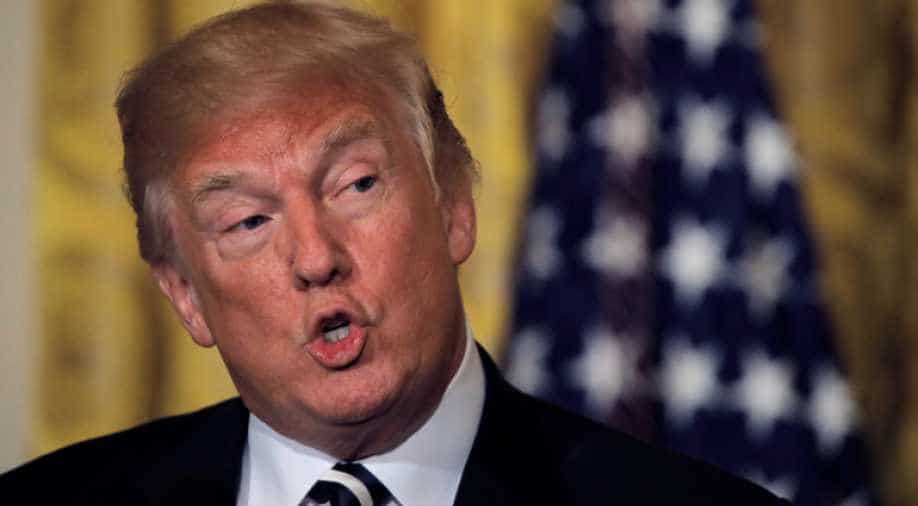 US President Donald Trump attends the National Teacher of the Year awards ceremony at the East Room of the White House in Washington on May 2. Photograph:(Reuters)
Follow Us

US President Donald Trump said on Tuesday he will propose new tax cuts sometime prior to November when Republicans look to retain their control of the US Congress in midterm elections, news agency Reuters reported.

According to reports, Trump said he would meet with Republican Representative Kevin Brady, chairman of the tax-writing House Ways and Means Committee, about the proposal.

He did not give any details.

"We're going to be submitting additional tax cuts sometime prior to November," Trump said in a speech to the Susan B Anthony List, an anti-abortion group.

Trump signed a $1.5 trillion tax cut in December, the signature legislative achievement of his presidency.

The economy has been a bright spot for Republicans as they face voters in November, with unemployment dropping to a near 17-1/2-year low.

All members of the House of Representatives and one-third of the Senate are up for re-election.

Democrats must wrest 23 seats nationwide from Republicans to take over the 435-member House. In the Senate, Republicans control the chamber 51 to 49.