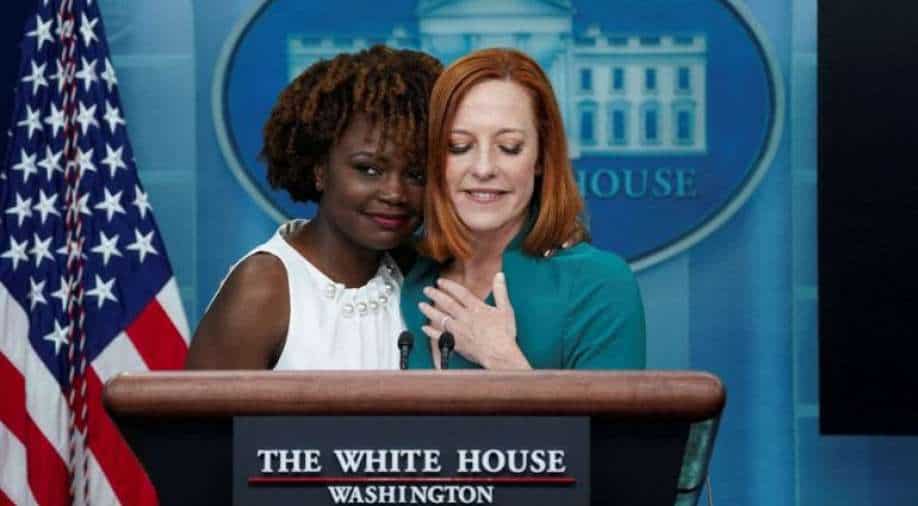 US President Joe Biden on Thursday named Karine Jean-Pierre to be the next White House press secretary, the first Black woman and openly LGBTQ person to serve in the role. Incumbent Jen Psaki is set to leave the post next week.

US President Joe Biden announced on Thursday that Karine Jean-Pierre will take over as White House press secretary when Jen Psaki leaves next week, making her the first Black and out LGBTQ person to fill the post.

Jean-Pierre is the White House's principal deputy press secretary at the moment.

"Karine not only brings the experience, talent, and integrity needed for this difficult job, but she will continue to lead the way in communicating about the work of the Biden-Harris Administration on behalf of the American people," Biden said in a statement.

Following Psaki's last day on May 13, Jean-Pierre will formally commence.

In May of last year, Jean-Pierre became only the second black woman in history to hold the daily press briefing. She was an adviser to Biden's campaign and chief of staff to now-Vice President Kamala Harris before joining the White House's senior communications team after he took office.

The White House faces an uphill battle to help Democrats retain control of the House and Senate in this fall's midterm elections, and the administration is struggling to address Americans' concerns about surging inflation and the economy.

She also takes over at a time when Biden is dealing with a slew of foreign policy issues, including Russia's continued invasion of Ukraine and North Korea's increasing nuclear testing programme. Later this month, Biden will travel to South Korea and Japan, as well as Europe in June.

Anita Dunn, a prominent Democratic strategist, will rejoin Biden as a senior advisor. She worked in the Biden White House for several months after Biden took office last year.