US warship warned by Russian ship in spat over territorial waters 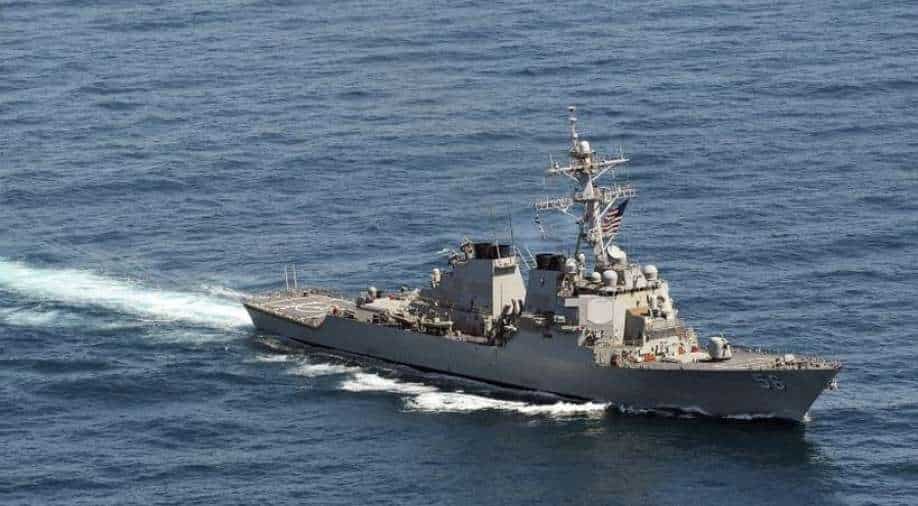 Such incidents at sea are rare, but they underscore the poor diplomatic and military relations between Russia and the United States whose ties are languishing at a post-Cold War low.

A Russian warship chased a US Navy destroyer from waters in the Sea of Japan on Tuesday, Russia's military has said.

But the US Navy denied wrongdoing by its vessel and accused Moscow of making excessive maritime claims.

The Russian Defence Ministry said in a statement that the USS John S McCain had violated its waters and that anti-submarine destroyer Admiral Vinogradov issued a warning to the American ship, threatening to ram it to drive it out of the area.

The Russian statement said that the US ship changed its course following the warning.

The US Navy denied the Russian claim that the threat caused the US ship to leave the area.

It added the destroyer, the USS John S McCain, had only been conducting a "freedom of navigation" operation in Peter the Great Bay.

The boundary claimed by Russia is "inconsistent with the rules of international law as reflected in the Law of the Sea Convention to enclose the waters of a bay," according to the US statement.

Russia said its Pacific Fleet warship had been tracking the American destroyer in the Peter the Great Gulf, and that the US vessel had violated Russia’s territorial waters at 0317 GMT by going two kilometres beyond the sea border.

Such incidents at sea are rare, but they underscore the poor diplomatic and military relations between Russia and the United States whose ties are languishing at a post-Cold War low.

The last remaining major arms control pact between the former Cold War foes is due to expire in February despite months of talks to find a replacement.

Also, President Vladimir Putin has yet to congratulate US Democratic President-elect Joe Biden with his November 3 election victory over President Donald Trump.