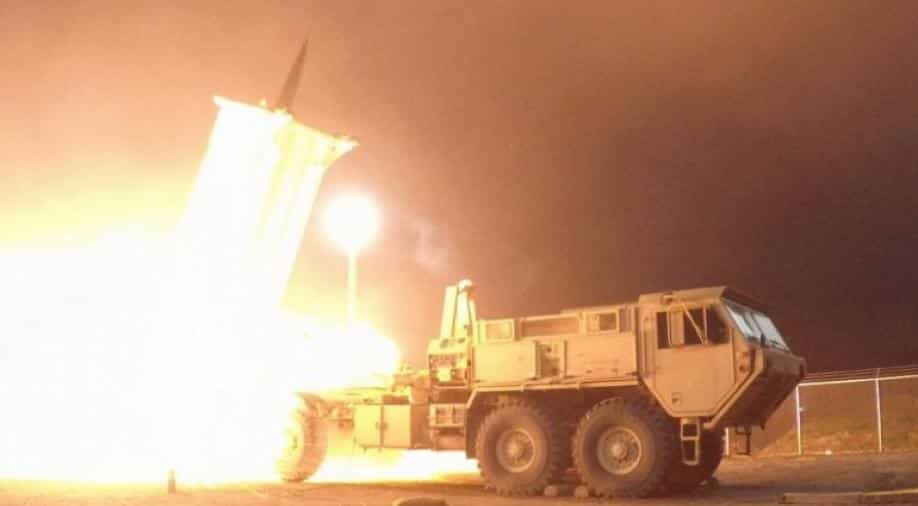 Unlike S-400, The THAAD has a single layer defence to counter intermediate range and intercontinental ballistic missile systems, if it misses then another missile system like the Patriot missile needs to be fired. Moreover, the S-400 can fire different types of missiles but the THAAD can fire only one type making it a one-dimensional missile system. The range of S-400 too is wider with an estimated range of 400 kms against 150-200 of the American system. Photograph:( AFP )

Washington and Seoul agreed to the THAAD battery deployment in July, 2017, in the wake of a string of North Korean missile tests

The deployment of the US Terminal High Altitude Area Defence (THAAD) system to South Korea has seriously undermined the strategic balance in the region, a white paper on China's national defence revealed, according to Russia-based Sputnik News.

"The United States reinforces its alliances in the Asia-Pacific region, expands military presence and intervention in the region, thus complicating the regional security ... the deployment of the US THAAD missile systems to South Korea has seriously undermined the strategic regional balance and strategic security interests of regional countries," Sputnik News quoted from the paper on Wednesday.

Washington and Seoul agreed to the THAAD battery deployment in July, 2017, in the wake of a string of North Korean missile tests. Installed on a former golf course in the southern county of Seongju, the THAAD system is designed to intercept and destroy short and medium-range ballistic missiles during their final phase of flight.

THAAD's deployment in South Korea has infuriated China, which fears it will weaken its own ballistic missile capabilities. Beijing has imposed a host of measures seen as economic retaliation against the South for the THAAD deployment, including a ban on tour groups.

The THAAD system is built by Lockheed Martin Corp with a powerful Raytheon Co AN/TPY-2 radar, to shootdown short-, medium-, and intermediate-range ballistic missiles. Raytheon, another US firm, builds its advanced radar.

In March, the US deployed its most advanced air and missile defence system to Israel for the first time