US states report surge in virus cases as vaccinations lag 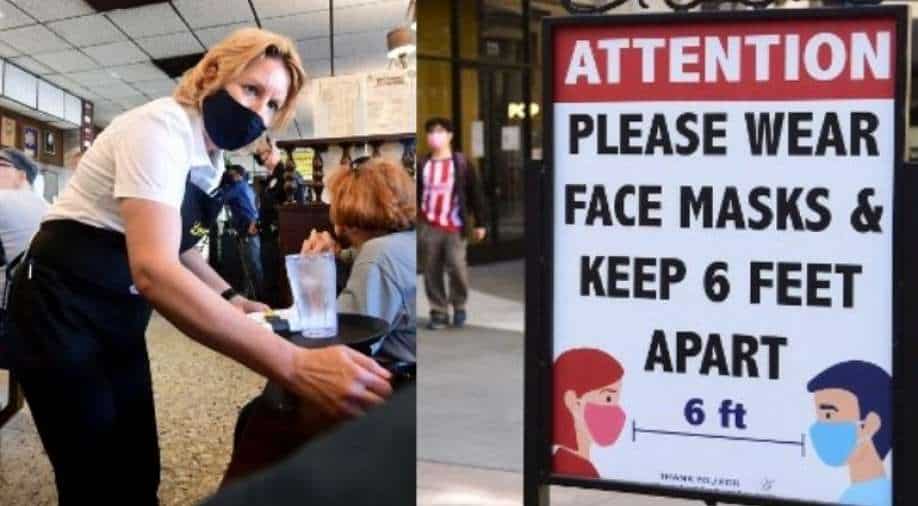 According to reports, coronavirus cases have been surging in the United States with the Delta variant being the dominant strain in the country.

On Monday, the US had reported 23,600 COVID-19 cases with all states except South Dakota and Maine holding steady.

Although the surge is nowhere close to January numbers, Missouri has been reporting the most number of COVID-19 cases and has been lagging behind other states in vaccination, reports say.

According to the Centers for Disease Control and Prevention, over 55 per cent of Americans have received at least one shot of the vaccine. However, Arkansas, Missouri, Nevada, Louisiana and Utah have experienced an increase in cases with vaccination numbers below the national average.

CDC in its guidelines to reopen schools in the US had recently recommended masks indoors for those who were not fully vaccinated including three feet of distance within classrooms.

Children aged 12 to 15 have been allowed to receive the Pfizer-BioNTech vaccine, however, reports say just 25 per cent have been vaccinated so far with 37 per cent vaccinated in the 16-17 age group.

The recent surge in cases has been blamed on lagging vaccination rates and the July 4 celebrations.

CDC said that Delta variant also known as B.1.617.2 now accounts for 58 per cent of coronavirus cases. In late May, the Delta variant was responsible for just 3 per cent of cases, the CDC data showed. Reports say it was first detected in March and has now spread to all states in the country.

"The delta variant is ripping around the world at a scorching pace, driving a new spike in cases and death," WHO Director-General Tedros Adhanom Gebreyesus had said recently.

The WHO had declared Delta as a "variant of concern" in May.