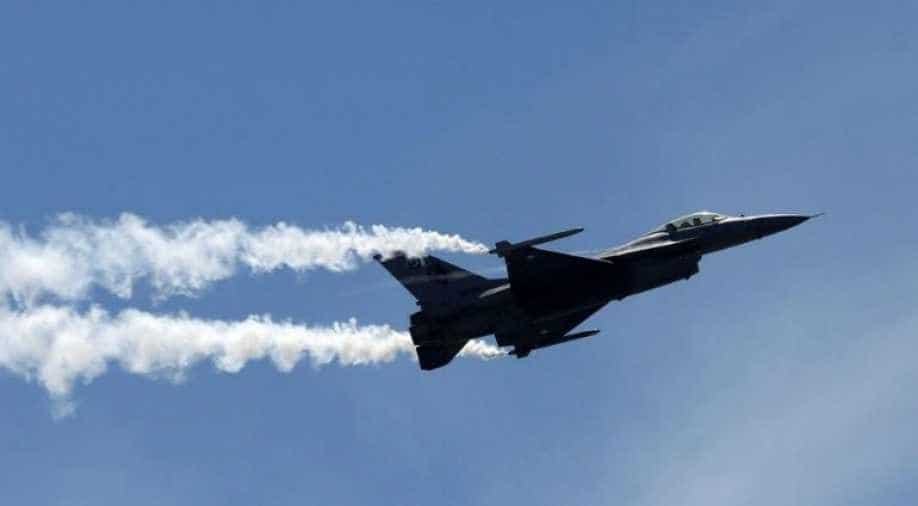 Secretary of State Mike Pompeo said in a statement that President Donald Trump had green-lighted the proposed sale after Congress was notified last week.

The US State Department on Tuesday approved the sale of 66 F-16 fighters to Taiwan, in a move expected to anger Beijing.

Taiwan will get the latest version of the Lockheed Martin-built fighter, the F-16C/D Block 70, in the $8 billion deal, the State Department said.

Secretary of State Mike Pompeo said in a statement that President Donald Trump had green-lighted the proposed sale after Congress was notified last week.

The F-16s "are deeply consistent with the arrangements, the historical relationship between the United States and China," Pompeo said.

"Our actions are consistent with past US policy. We are simply following through on the commitments we've made to all of the parties."

A spokesman for the Taiwanese president released a statement saying the jets would "substantially enhance our air defence capabilities to help Taiwan's self-defence and maintain the people's freedom and welfare."

The sale's approval will have a key role in "peace and stability in the Taiwan Strait and region, especially in the wake of China's frequent military actions... in the region in recent years," the statement said.

Beijing regards Taiwan as a part of China awaiting reunification, but the island is self-ruled and is a close ally of the United States.

In a statement, the Defence Security Cooperation Agency, which oversees US foreign military sales, said Taiwan's purchase of the F-16s "will not alter the basic military balance in the region."

"This proposed sale will contribute to the recipient's capability to provide for the defence of its airspace, regional security, and interoperability with the United States."

The United States should "immediately cancel the planned arms sales, and stop selling weapons and military contact with Taiwan," he said.

"Otherwise, the US will have to bear all the consequences."

Taiwan already has a fleet of old-model F-16s purchased in 1992, which have undergone several crucial upgrades.

Manufacturer Lockheed Martin says the newest version, the F-16 Block 70/72, includes many avionics, weapons and radar technologies not in existence when earlier models were created.

It is structurally stronger, the company says, so that it "can fly and fight to 2070 and beyond."

The approval of the sale comes as Washington and Beijing face off in tough trade negotiations that economists say are hurting both of the superpowers, as well as dragging down the global economy.