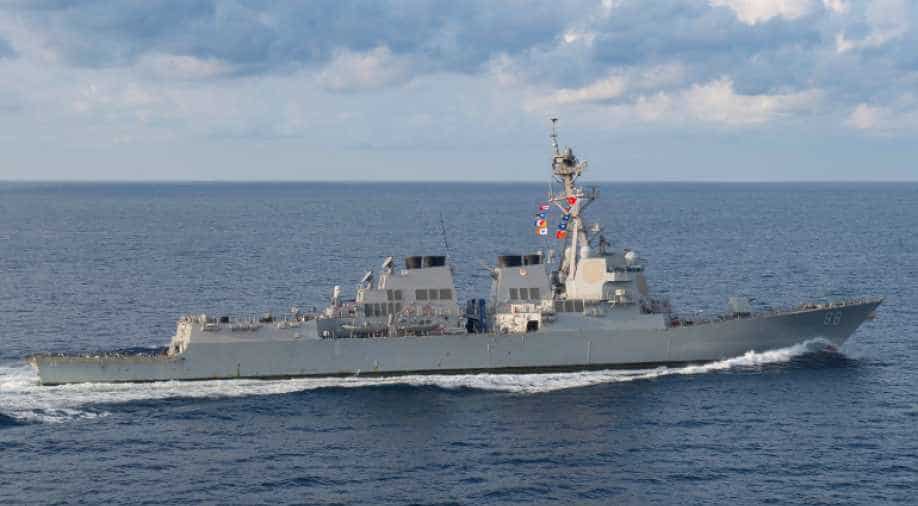 A fortnight ago the US military had sent two destroyers -  Preble and Chung Hoon - within 12 nautical miles of Gaven and Johnson Reefs in the Spratly Islands.

As US military warships sailed near the disputed islands in the South China Sea, China hit back at the US asserting that it should "immediately stop provocative actions" as relations between the two nations continued to remain on the boil.

"We strongly urge the United States to immediately stop such provocative actions so as not to undermine Sino-US relations and regional peace and stability," China's foreign ministry spokesman said,adding,"China will continue to do what it needs to protect its national sovereignty and security and uphold the peace and stability of the South China Sea."

A US warship had sailed across the Scarborough Shoal claimed by China in the South China Sea on Sunday amid heightened tensions in the area. The US destroyer Preble had carried out the operation.

A fortnight ago the US military had sent two destroyers -  Preble and Chung Hoon - within 12 nautical miles of Gaven and Johnson Reefs in the Spratly Islands.

China claims all the islands in the South China Sea, however, it is also claimed by Vietnam, the Philippines, Brunei, Malaysia, Indonesia and Taiwan.

Chinese foreign ministry spokesman Lu Kang said the warship had entered waters near the shoal without China's position and the Chinese navy had warned it to leave.

The United States is trying to disturb regional peace and stability by using the issue of freedom of navigation and flight, he added.

Earlier in the month, a US destroyer had conducted drills with a Japanese aircraft carrier along with two Indian naval ships and a Philippine patrol vessel in the waterways in the South China Sea.

Japan sent one of its two big aircraft carriers, the Izumo, while India deployed a destroyer, the INS Kolkata, and a tanker, the INS Shakti.

The US navy advocates freedom of navigation to freely move warships in the region, a move disputed by China. Beijing has built artificial islands and military installations in the South China Sea, including on the Spratlys.