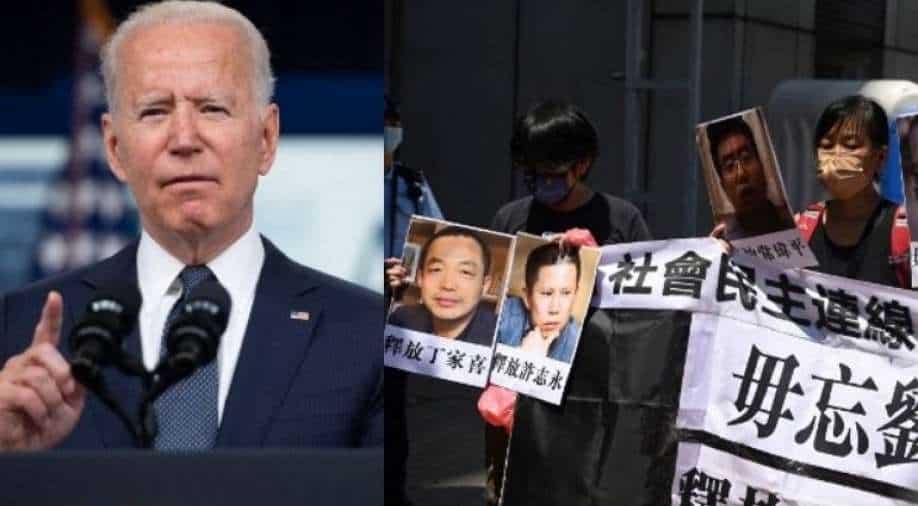 The US government on Friday issued a business advisory on Hong Kong warning companies of "growing risks" that "could adversely affect businesses and individuals operating in Hong Kong."

The Biden administration also imposed sanctions against seven Chinese officials over China's crackdown on the pro-democracy movement in Hong Kong.

However, China's foreign ministry lashed out against the US government asserting that it was "purely China's internal affairs".

"China will respond firmly and forcefully to the measures taken by the United States," it added.

The US advisory mentioned risks involved with data privacy and the lack of access to information while mentioning Apple Daily newspaper which was shut by authorities.

US President Joe Biden had said earlier that the situation in Hong Kong has been "deteriorating" while adding that the Chinese government has not been keeping its commitment on Hong Kong.

The latest US move comes as US Senate passed legislation to ban the import of products from China's Xinjiang region.

The bill known as Uyghur Forced Labor Prevention Act was passed unanimously and will now be tabled in the House of Representatives.