US requests UNSC meet on Myanmar over Rohingya issue 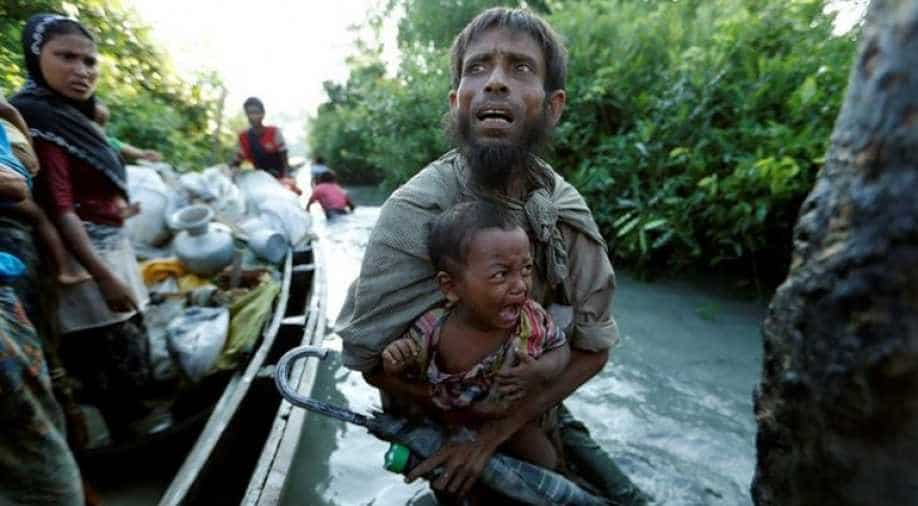 The impromptu circus in a dusty clearing is a welcome distraction from the horror at home. Photograph:( Reuters )

The request is likely to run into opposition from China, which has friendly ties with Myanmar's military

The United States and eight other countries on Tuesday requested a UN Security Council meeting on Myanmar to hear from a UN fact-finding mission that has accused the country's military of atrocities against Rohingyas.

The request is likely to run into opposition from China, which has friendly ties with Myanmar's military and has sought to shield Myanmar from action by the Security Council.

In a joint letter seen by AFP, the nine countries said the mission's chairperson should brief the council to allow it to "receive further information on this situation and its implications for international peace and security."

The UN fact-finding mission released an explosive report last month that called on the council to refer the Myanmar situation to the International Criminal Court in The Hague, or to create an ad hoc international criminal tribunal, as was done with the former Yugoslavia.

The fact-finding mission said that Myanmar's top generals, including Commander-in-Chief Min Aung Hlaing must be investigated and prosecuted for genocide in Rakhine State.

Myanmar has rejected accusations that its military committed atrocities in the crackdown last year that forced more than 700,000 Rohingya to flee over the border to Bangladesh.

- Myanmar objects -
In a separate letter to the council, Myanmar's Ambassador Hau Do Suan said his government "strongly objects" to the request to hear the fact-finding mission.

The ambassador repeated Myanmar's complaints that the report was "one-sided", based on "narratives and not on hard evidence".

"Putting accountability above all else without regard to other positive developments is a dangerous attempt that will face utter failure," he warned in the letter obtained by AFP.

Britain, France, Peru, Sweden, Ivory Coast, the Netherlands, Poland and Kuwait jointed the United States in requesting the meeting to be held during the month of October.

Support from the nine countries for the request means that China would likely fail to block a meeting through a procedural vote. Nine votes are required at the 15-member council to approve an agenda item and vetoes do not apply.

Myanmar maintains that the violence in Rakhine was triggered by Rohingya extremists who attacked border posts in August 2017.

But the fact-finding mission said there were reasonable grounds to believe that the atrocities were committed with the intention of destroying the Rohingya, warranting the charges of "genocide."

The report found that the military's tactics had been "consistently and grossly disproportionate to actual security threats", and said that estimates that some 10,000 people were killed in the crackdown was likely a conservative figure.