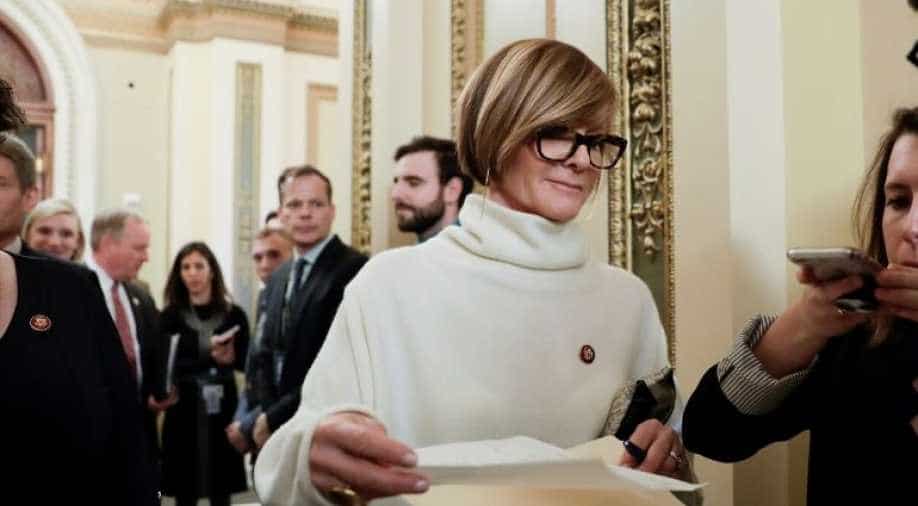 Hill, a 32-year-old California Democrat, posted her resignation letter to Twitter, saying she believed it best for her constituents, community and the country.

US Representative Katie Hill, who is under investigation by the House ethics committee over an alleged relationship with a congressional staffer, said on Sunday that she was resigning from Congress.

Hill, a 32-year-old California Democrat who was elected to the House of Representatives in November 2018, posted her resignation letter to Twitter, saying she believed it best for her constituents, community and the country.

It is with a broken heart that today I announce my resignation from Congress. This is the hardest thing I have ever had to do, but I believe it is the best thing for my constituents, my community, and our country.

See my official statement below. https://t.co/RO8B0znc6C

The ethics committee said on Wednesday it was "aware of public allegations... (that Hill) may have engaged in a sexual relationship with an individual on her congressional staff," and said it was investigating.

Hill, who is going through a divorce, apologized in her resignation letter for "mistakes made along the way" but also lamented a "smear campaign".

Hill blamed her husband and said she was pursuing legal options after media outlets published intimate photos that purported to be of the lawmaker.

"Having private photos of personal moments weaponised against me has been an appalling invasion of my privacy," said Hill. "It's also illegal."

Hill serves on the House Armed Services and Oversight and Reform Committees, where she is also vice-chair.

She defeated incumbent Republican Steve Knight in a district north of Los Angeles, helping the Democrats win control of the House. Her district is seen by election analysts at the Cook Political Report as one of the most competitive in the country.

Although Hill’s departure could help Republicans win back her seat in November 2020, they still face an uphill climb in their effort to regain control of the House.