US pullout from Syria angers Iraq 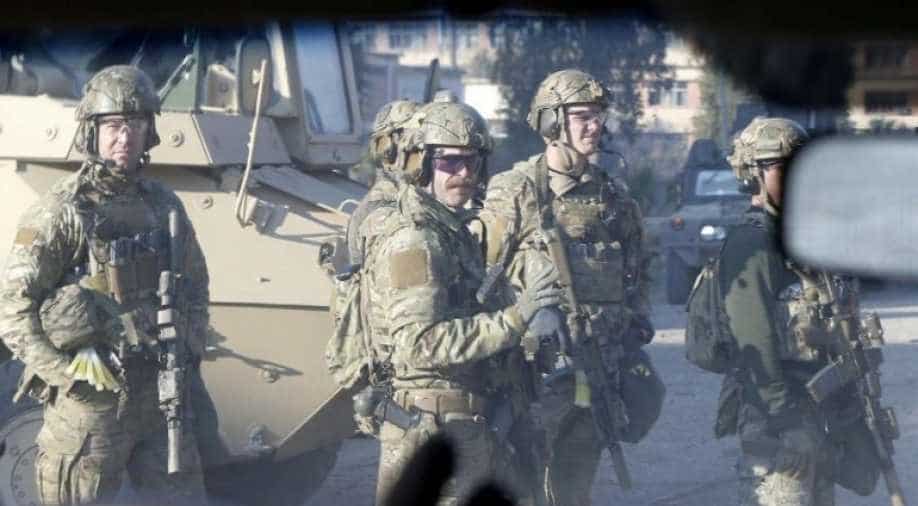 File photo of US troops in Mosul, Iraq. Photograph:( Reuters )

Trump’s decision to keep a military presence in Iraq angered the country's lawmakers who have been requesting a US withdrawal for many years.

US President Donald Trump took the world by surprise when he abruptly announced to withdraw American troops from Syria.

Some American politicians thought it was an ill-timed decision. Jim Mattis decided to resign from the post of US defence minister. Brett McGurk, US envoy for the global coalition to counter Islamic State, also put in his papers.

Trump’s decision ignited a wave of discontent in Iraq -- the west-Asian country which knows too well what US Military's presence means.

Shortly after announcing the Syrian pullout, Trump paid his first surprise visit to the American military contingent stationed in Iraq.

He said that there is no plan in sight to withdraw the 5,200 soldiers.

Under former US president Barack Obama’s presidency, US troops withdrew from Iraq only to come back in 2014 upon country's request to fight the Islamic State.

Trump’s decision to keep a military presence in Iraq angered the country's lawmakers who have been requesting a US withdrawal for many years.

Iraqi politicians sought a special parliamentary session in order to discuss and eventually vote on the matter.

Currently, the most influential political bloc in Iraq is led by Moqtada Al-Sadr, a Shia cleric who secured a substantial amount of votes in the country's general elections.

Back in the day, during US invasion of Iraq, Al-Sadr led an anti-American armed group which often fought against US soldiers on the ground.

He has since abandoned the armed struggle but retains strong nationalistic ideals.

He is a staunch supporter of Iraq's independence and sovereignty and is against all foreign intervention.

Nevertheless, Al- Sadr has strong relations with neighbouring Iran and this is what Washington fears the most.

Containing Tehran’s influence has become a priority for Trump, it would be impossible to do so if American troops leave Iraq -- especially now that the US is pulling out from Syria.