US presidential elections headed for a tight finish: Polls 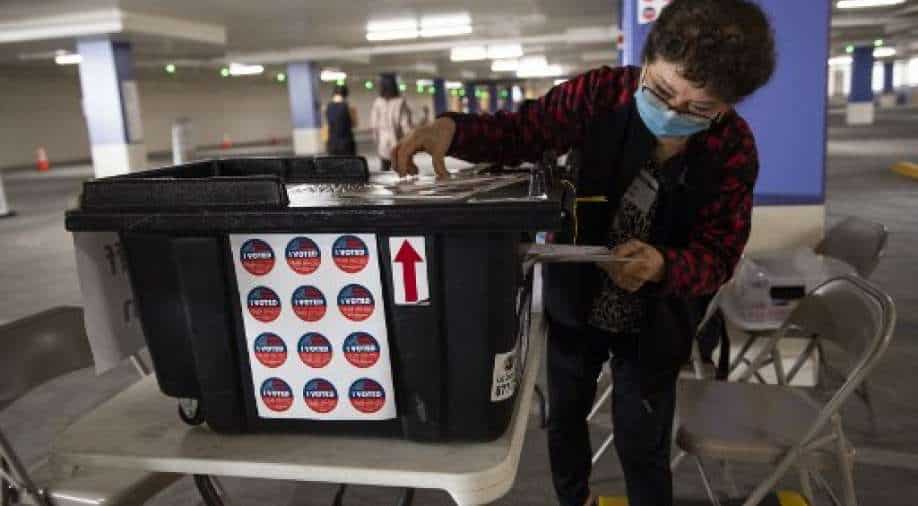 Biden's lead has shrunk over the last few days, as Trump and his family have virtually carpet-bombed the key battleground states, including as many as 15 rallies by the president

The US presidential race is headed for a tight finish with the margin between US President Donald Trump and his Democratic rival Joe Biden shrinking, particularly in key battleground states, latest opinion polls indicated on Monday on the eve of the elections.

Biden, 77, was leading Trump, 74, in the key battleground States by 2.9 percentage points, which comes within a margin of error, according to Real Clear Politics which maintains an average of major opinion polls.

Biden's lead has shrunk over the last few days, as Trump and his family have virtually carpet-bombed the key battleground states, including as many as 15 rallies by the president.

The first family along with Vice President Mike Pence have collectively held more than 40 rallies in the last three days of the election.

Biden, his running mate Senator Kamala Harris, along with the former president Barack Obama too have ramped up their public appearances in the last few days, but it's nowhere matching to that of the Trump campaign.

On the eve of the election, Biden was in Ohio, while Obama was campaigning in Florida. Harris was in Pennsylvania.

Nationally, Trump as per Real Clear Politics on an average was trailing by 6.5 percentage points against Biden.

Till a few days ago, Biden’s lead was around eight percentage points. On Monday both the Trump and Biden Campaigns exuded confidence of winning the race on Tuesday night.

A majority of the mainstream media, however, said Monday that Trump has an uphill task to win the elections, given that he continues to trail in polls in key states like Pennsylvania, Florida, Michigan, Arizona, and Wisconsin. A few outlets are saying that Texas, which has traditionally remained a GOP bastion is also in play this year.

Trump supporters argue that poll do not reflect the ground realities and like in 2016, the president would win the election with much stronger mandate.

Nate Silver from the important FiveThirtyEight.Com on Monday said that Trump has about 10 percent chance of winning the elections. Notably, he had gone wrong in 2016.

“As in 2016, Trump could potentially benefit from the Electoral College. Projected margins in the tipping-point states are considerably tighter than the margins in the national popular vote. More specifically, Joe Biden’s lead in Pennsylvania — the most likely tipping-point state, according to our forecast — is solid but not spectacular: about 5 points in our polling average,” Silver wrote.

“Even popular vote margins of up to 6 points are not entirely safe for Biden if his votes are distributed in exactly the wrong way. So you can see why an 8- or 9-point lead in the popular vote shouldn't make Biden feel that secure; despite being a landslide margin, it's also only a few points removed from the inflection point where the Electoral College starts to become competitive,” he argued.

According to The New York Times, if the polls are right, Joe Biden could post the most decisive victory in a presidential election in three and a half decades, surpassing Bill Clinton's win in 1996. “That’s a big “if.”,” it said.

“The indelible memory of 2016’s polling misfire, when Donald J. Trump trailed in virtually every pre-election poll and yet swept the battleground states and won the Electoral College, has hovered over the 2020 campaign. Mr. Biden's unusually persistent lead has done little to dispel questions about whether the polls could be off again,” said the daily.

“President Trump needs a very large polling error to have a hope of winning the White House. Joe Biden would win even if polls were off by as much as they were in 2016,” it said.