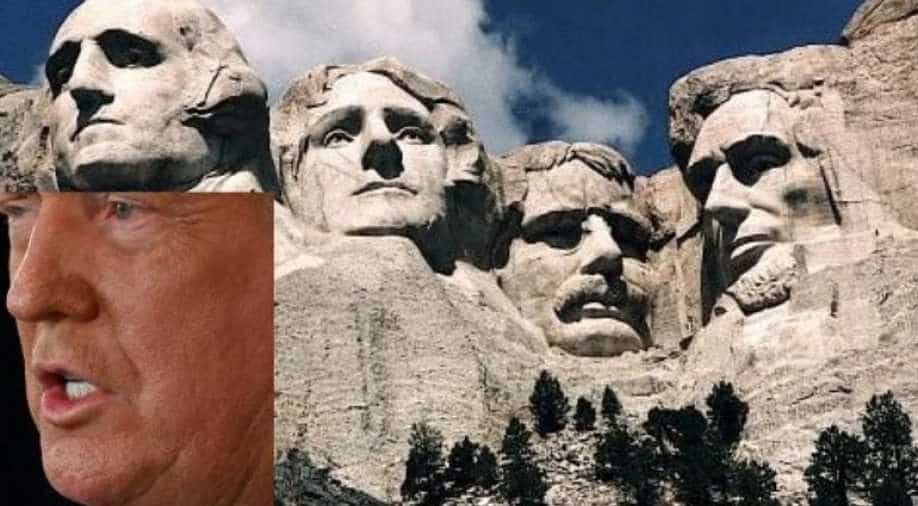 Trump wants his face to be on Mount Rushmore and he has not been shy of saying it aloud. In 2017, Trump spoke about it at an Ohio rally.

On Sunday, the New York Times had published an article that last year a White House aide had reached out to the governor’s office with a question, according to a Republican official familiar with the conversation: What’s the process to add additional presidents to Mount Rushmore?

It referred to an incident from 2019. The White House had reached out to South Dakota Governor Kristi Noem asking her about the possibility of adding presidents to Mount Rushmore.

Mount Rushmore is one of America's national monuments. It is located in the black hills region of South Dakota and it features 60-foot carvings of four US president - George Washington, Thomas Jefferson, Abraham Lincoln and Theodore Roosevelt.

The structure was built between 1927 to 1947. It was a tribute to the founding fathers of America. A good 70 years later, a president who claims to be the best God's ever created as Trump had himself once said: "I am going to be the greatest president god ever created".

Trump wants his face to be on Mount Rushmore and he has not been shy of saying it aloud. In 2017, Trump spoke about it at an Ohio rally.

The pictures from July 4 do not leave much scope for imagination and now reports emerge that Noem may replace Mike Pence as Trump's running mate.

Imagine Trump saying this to Governor Noem: "Put me on Mount Rushmore, and ill put you in the White House", it won't be above Trump given his fine dealmaking skills.

However, what do the stakeholders have to say? Can they put Trump on Rushmore? No more, no more presidents, they say.

The national park says there is no secure space left. Moral of the story: Trump would have to leave his predecessors alone and dream no more of Mout Rushmore.