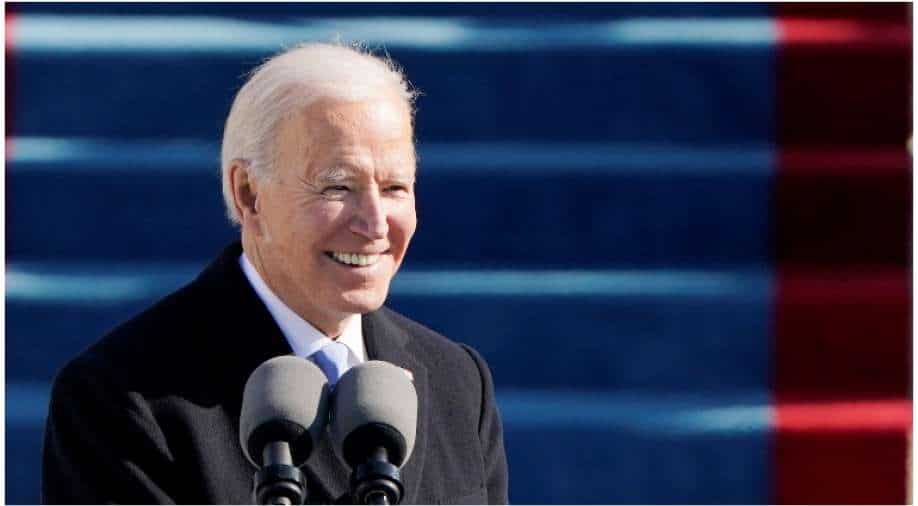 Saudi Arabia is the centre of power in West Asia, an alliance that is crucial for the United States in the region, but there is no precedent for such action against the de facto ruler of a US ally.

They say that a United States president comes of age in West Asia, and Joe Biden is already facing his first test in the region from Iran to Saudi Arabia.

The challenges are plenty for the 46th president -- an US intelligence report blames Saudi Crown Prince Mohammed bin Salman for the murder of Washington Post journalist Jamal Khashoggi, while the United States is seeking to recalibrate its ties with the Kingdom.

The big question for Biden, however, is -- can he let this explosive report slide?

President Biden had two choices in front of him -- act decisively or incur the wrath of the kingdom.

Saudi Arabia is the centre of power in West Asia, an alliance that is crucial for the United States in the region, but there is no precedent for such action against the de facto ruler of a US ally.

So, Biden took the diplomatic route -- sanction others and not mention the Crown Prince at all.

"I spoke yesterday with the King, not the Prince. I made it clear to him that the rules are changing, and we're going to be announcing significant changes today. On Monday, we are going to hold them accountable for human rights abuses. And we're going to make sure in fact, and if they want to deal with us, they have to deal with it in a way where human rights abuses are dealt. We're trying to do that across the world, but particularly here," he said.

While US Secretary of State Antony Blinken announced visa restrictions -- ones that will affect 76 Saudis involved in harassing activists and journalists, he did not announce measures that touch the Prince.

Many believe that sanctioning Mohammed bin Salman was never really an option. The maverick Crown Prince wields most of the power in the kingdom, and targetting him would gravely affect US interests in the region -- especially with countering Iran in West Asia.

At least 36 days after taking charge, Biden has already bombed West Asia -- an airstrike targeting Iran-backed militias in Syria while the US maintains this was in retaliation of the February 15 airtsrike.

Pentagon has no answers about the casualties sustained.

US Secretary of Defence Lloyd Austin, in exchange with journalists, said, "We're confident in the target that we went after. We know what we hit. And we're confident that that target was being used by the same shi'ite militia that conducted the strikes."

Biden's attack on Iran was an attempt to strike back -- to say that United States was not gonna sit back.

Till now, US has responded with decisive calm while dealing with Iran. It wants to rejoin the nuclear deal but also wants Iran to comply with commitments.

While it will be a risky gambit for Washington, the US maintains that its patience is not unlimited.

State Department spokesman Ned Price said, "Our patience is not unlimited, but we do believe, and the president has been clear on this ever since he was running for high office. He felt that the most effective way to ensure iran could never acquire a nuclear weapon was through diplomacy. that is what we are engaged in now."

As for Israel, the country hasn't been shy about its admiration for Biden's predecessor. The US-brokered Abraham Accords was seen as a major shift in West Asian policy, bolstering Israel's position in the region.

While Biden is unlikely to reverse any of Trump’s major Israel policy moves, he has voiced support for restoring support for Palestine.

This means a shift to traditional US foreign policy while dealing with the Israel-Palestinian conflict.

While it is still unclear what Biden plans on doing in the region, it looks like the 46th president has hit a bump in West Asia.

How he deals with it could be what defines his presidency in the region.