When a reporter asked if he still believes Putin is 'a killer', Biden didn't immediately answer. The question was asked at a news conference on the sidelines of the NATO summit in Brussels

Ahead of the Wednesday’s Biden-Putin summit, US President Joe Biden says he will lay down 'red lines' to his Russian counterpart Vladimir Putin in their meeting, calling him 'tough' and 'a worthy adversary'.

When a reporter asked if he still believes Putin is 'a killer', Biden didn't immediately answer. The question was asked at a news conference on the sidelines of the NATO summit in Brussels.

But he issued a warning to Russian President Vladimir Putin that the death of jailed Russian opposition leader Alexei Navalny would hurt Russia’s relationships with the rest of the world.

“Navalny’s death would be another indication that Russia has little or no intention of abiding by basic fundamental human rights,” said Biden.

Biden will meet Putin for the first time since becoming president in Geneva summit. He has also declined to say how he'll measure the success of the meeting.

As US president prepares to meet one on one with Putin, the White House insists that the Geneva summit does not amount to a reward for Russian president, placing him on a par with the United States.

The meeting will actually be a businesslike review of the bilateral relationship. US president will raise several pressing concerns but will also seek areas where Russia and the United States can work together.

US President also said the NATO alliance remains 'strong', adding that Russia and China 'are seeking to drive a wedge in transatlantic solidarity'.

Ukrainian leader Volodymyr Zelensky Monday said US President Joe Biden should have met him before his high-profile summit with Russia's Vladimir Putin as they could resolve nothing on Ukraine without Kiev at the table.

The 43-year-old leader spoke to journalists as the US and Russian presidents prepare to hold their first summit meeting in Geneva on Wednesday. "It would be better to have this meeting before the summit of the two presidents," Zelensky said in an interview.

Biden's summit in Brussels with the presidents of the EU's executive and the Council that represents the bloc's 27 member states is also expected to affirm Western solidarity in the face of the assertiveness of both Russia and China.

US President Joe Biden on Monday (Indian time) appeared to mistake Syria for Libya at news conference after G7 summit in the UK. He appeared to make the mistake twice.

He was describing how the US and Russia can work together for the welfare of people of Libya (instead of Syria). In Syria, both US and Russia are involved in a decade-long civil conflict.

Biden also met with Turkish president Recep Tayyip Erdoğan on the sidelines of the NATO summit in Brussels. He told members of the press that the two 'had a very good meeting’, but refused to answer any other reporter questions during a quick photo opportunity following the discussion.

Ahead of the meeting, Erdogan said talks with Biden would be 'very broad' but he focused on the dispute over Ankara's acquisition of a Russian air defence system, which led to Turkey being removed from the F-35 fighter programme and sanctions on defence industry officials.

The US says the S-400 missiles, which Turkey purchased in 2019, pose a threat to NATO's integrated air defence and has demanded Ankara abandon the $2.5 billion system.

He also described Biden's recognition of the killings of Armenian Ottoman citizens during World War I as genocide in April as 'very negative' and an 'approach that has seriously upset us’. Turkey denies the deportations and massacres that began in 1915 and killed an estimated 1.5 million Armenians amounted to genocide.

The US president has urged his fellow NATO leaders to stand up to China's authoritarianism and growing military might, a change of focus for an alliance created to defend Europe from the Soviet Union during the Cold War.

The language in the summit's final communique, which will now set the path for alliance policy, comes a day after the Group of Seven (G7) rich nations issued a statement on human rights in China and Taiwan that Beijing said slandered its reputation.

President Joe Biden says US allies were 'shocked' and 'surprised' by the January 6 insurrection at the US Capitol, but they nevertheless are unconcerned about American leadership on the world stage. Biden also urged Americans to get vaccinated against COVID-19, as the country approaches a milestone of 600,000 deaths. 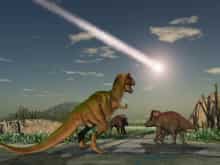