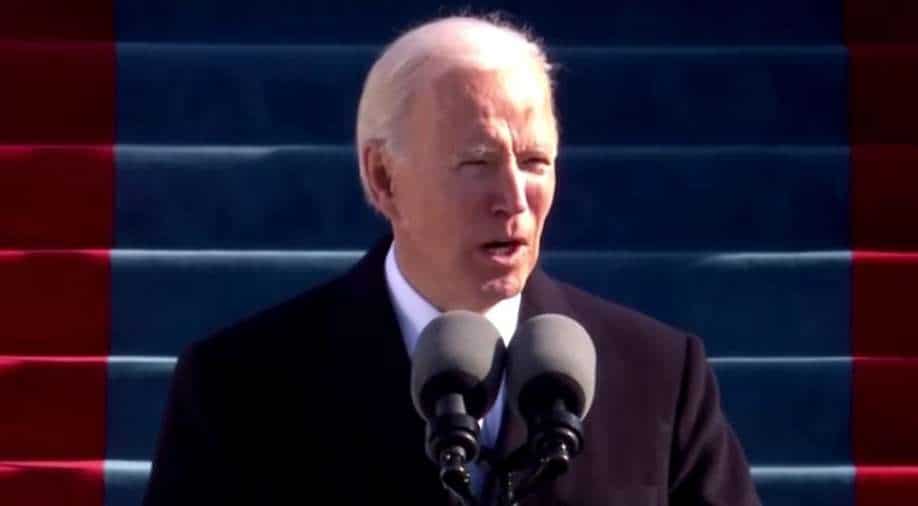 Stressing repeatedly that he will be a president for "all Americans", President Biden admitted that there was "much to repair and much to restore" in America

US President Joe Biden in his first speech as head of the state appealed all Americans to come together and unite and 'end uncivil war'. Biden's tone and words were a continuation of the steadfast message he has been sending across ever since results of US Presidential Elections were out in December 2020. During his speech, he assured that he will work as hard for those who DID NOT support him as for those who supported him during the election campaign. Former US President Donald Trump was not present for Biden's inauguration ceremony. Former Vice-President Mike Pence was in attendance.

Stressing repeatedly that he will be a president for "all Americans", President Biden admitted that there was "much to repair and much to restore".

On January 6, the US Capitol building was put under siege by supporters of Donald Trump after he encouraged them. Biden said that the violence "sought to shake capital's very foundation". He said that it was an attempt to stop the process in which "will"of Americans people was being heard. US Congress was in a process to certify Joe Biden's victory when the attack took place.

"Here we stand, just days after a riotous mob thought they could use violence to silence the will of the people, to stop the work on our democracy, to drive us from this sacred ground," Biden said. "It did not happen; it will never happen. Not today, not tomorrow, not ever."

"This is America's day, This is democracy's day [...] we celebrate a triumph of a cause of democracy," said Biden early in his speech.

"Hear me out," said Biden as he addressed the Americans who did not vote for him. He urged them to hear his words and said it was fine if they disagreed with him because that's how democracy functioned.

In his inaugural speech, Biden said that he will deliver racial justice. He vowed to defeat political extremism and domestic terror. More significantly Biden mentioned white supremacy as a menace to confront

The United States faces "a rise of political extremism, white supremacy, domestic terrorism, that we must confront, and we will defeat," he said.

"This is our historic moment of crisis and challenge and unity is the path forward. And we must meet this moment as the United States of America." he added

Joe Biden mentioned 'healthcare for all' as one of the goals of his administration.

'We will repair our alliances'

During Donald Trump's tenure, he took the US on an isolationist path and squabbled with America's traditional allies. He even unilaterally made the US exit many treaties with allies.

Joe Biden assured the world that under his watch, USA will repair the alliances.

Biden said that US was entering the 'deadliest' phase of COVID-19 pandemic. He led a silent prayer for all those who had lost their lives due to coronavirus.

"We need all our strength to... persevere through this dark winter. We're entering what may be the toughest and deadliest period of the virus," he said, calling on Americans to "finally face this pandemic as one nation."