US President due to visit Europe today, expected to announce new sanctions against Russia 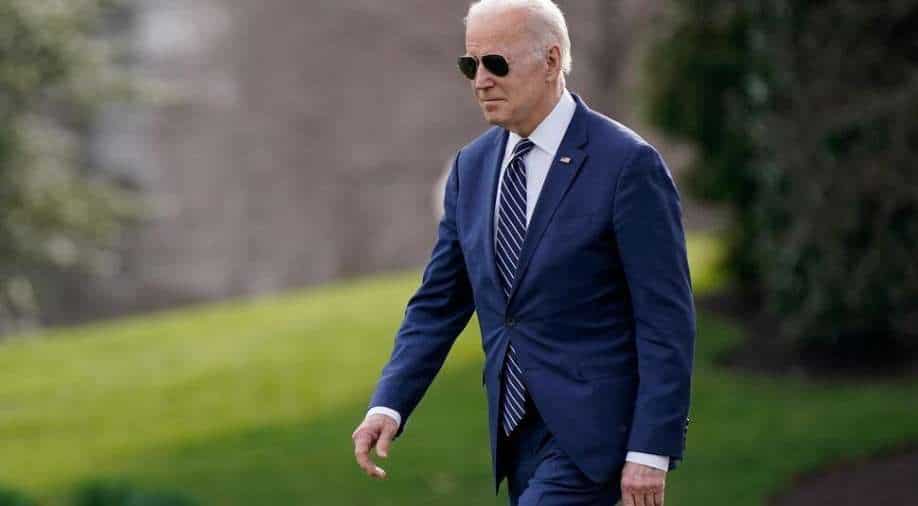 President Joe Biden walks on the South Lawn of the White House before boarding Marine One, Friday, March 18, 2022, in Washington. Biden is spending the weekend at his home in Rehoboth Beach, Del. Photograph:( AP )

President Joe Biden plans to announce new sanctions against Russia on Thursday while in Brussels for meetings with NATO and European allies, according to a top national security aide.

US President Joe Biden is scheduled to go to Europe today to announce additional sanctions against Russia.

This week, he will attend talks with NATO and G7 leaders, which will also include UK Prime Minister Boris Johnson.

Biden will make his first stop in Brussels.

The Wall Street Journal reports that the US is planning penalties against more than 300 members of Russia's lower house of parliament as early as Thursday.

"We will have additional sanctions measures to announce that will be rolled out in conjunction with our allies on Thursday when the President has the opportunity to speak with them."

Biden's trip will also include a joint declaration to improve energy security on the continent, which is heavily reliant on Russian gas.

Biden is flying to Brussels and Poland, which has taken in more than 2 million Ukrainian refugees since Russia's invasion of Ukraine on February 24, in order to advocate for sustained solidarity among Western allies.

As the war drags on, Biden will meet with Polish President Andrzej Duda, who has asked for more US aid and a stronger military presence on NATO's eastern frontier.

The US has already increased its regular presence by tens of thousands of troops.

In recent weeks, Estonia, Latvia, Lithuania, and Romania have all urged for a stronger NATO or US military deployment.