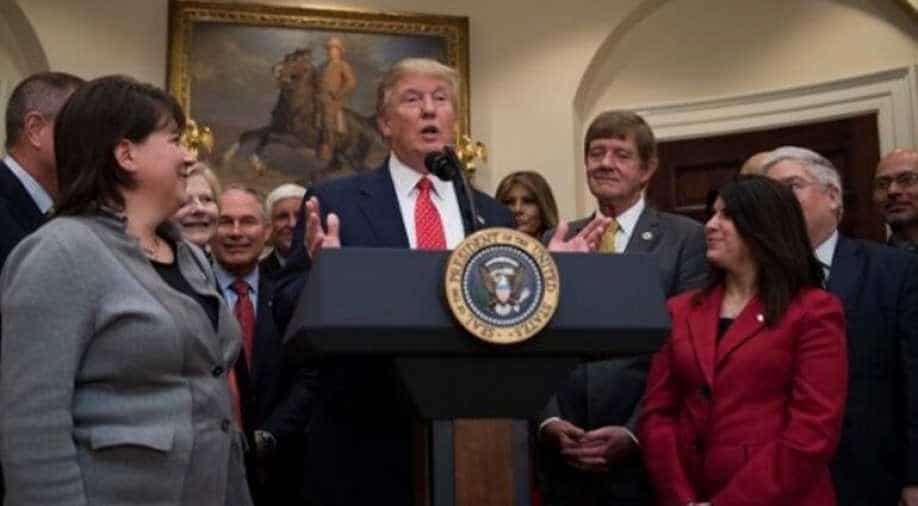 Trump is alleged to have wielded the power of the presidency for personal and political gain by pressuring Ukraine to interfere in the 2020 US election.

Democrats warned that US President Donald Trump was on the verge of dictatorship while Republicans fiercely defended his record at the opening of a stormy, historic debate on impeachment charges Wednesday.

The parties held tightly to diametrically opposed views of Trump as they weighed articles of impeachment at the beginning of a two-day debate.

Trump is alleged to have wielded the power of the presidency for personal and political gain by pressuring Ukraine to interfere in the 2020 US election.

There is little question about the outcome in the House Judiciary Committee: by the end of the week the majority-Democrat panel is expected to approve the charges and send them to the entire House of Representatives for passage next week.

But lawmakers in the televised hearing appeared focused on speaking to voters, whose sentiment will be crucial if, as expected, Trump goes on trial in the US Senate in January.

"Today we begin consideration of two articles of impeachment against President Donald J. Trump," he said.

"Taken together, the two articles charge President Trump with placing his private political interests above our national security, above our free and fair elections, and above our ability to hold public officials accountable," he said.

"If the president can first abuse his power and then stonewall all congressional requests for information, Congress cannot fulfill its duty to act as a check and balance against the Executive, and the president becomes a dictator."

Doug Collins, the senior Republican on the committee, argued that Democrats have been seeking to impeach Trump ever since he came into office in January 2017, and have no clear case beyond "abuse of power."

"You go home and pick something you don't like about the president, and there's your abuse of power."

"This is as much about political expediency as it is anything else, and that should never be an article of impeachment."

Trump faces becoming only the third president in US history to be impeached and placed on trial in the Senate.

He is accused of pressuring Ukraine for help against his Democratic challenger Joe Biden ahead of next year's national elections, and holding up military aid to the country which it needed to face Russian aggression, unless it did his bidding.

With the committee's 40 members speaking one by one, alternating by party, Republicans were united in claiming there was no evidence to support the charges.

"This is about one basic fact: the Democrats have never accepted the will of the American people," he said. "They don't like the 63 million people who voted for this president."

But Democrats clung to statements of principles, warning not to let Trump get away with inviting foreign interference in a US election.

"Will we hold the president accountable, or will we serve as his accomplices?" asked Hank Johnson.

Most indications are that the Republican majority in the Senate will ultimately protect Trump from conviction and removal.

But impeachment could mar his record as president and affect his reelection chances in November 2020.

At a political rally in Hershey, Pennsylvania on Tuesday, he ridiculed the charges.

"Everybody said, 'This is impeachment light,'" Trump said, adding "there are no crimes" and Democrats are just trying to win the next election.

After nearly four hours, the debate was adjourned late Wednesday until Thursday morning at 9:00 am (1400 GMT), when they will discuss possible amendments to the charges.

Nadler's opening statement earlier in the evening said three questions should frame the members' debate: "First, does the evidence show clearly that the President committed these acts?

"Second, do they rise to the level of impeachable high crimes and misdemeanors?

"Third, what are the consequences for our national security, for the integrity of our elections, and for our country if we fail to act?"