US 'prepared to engage' with North Korea in nuclear talks: Envoy 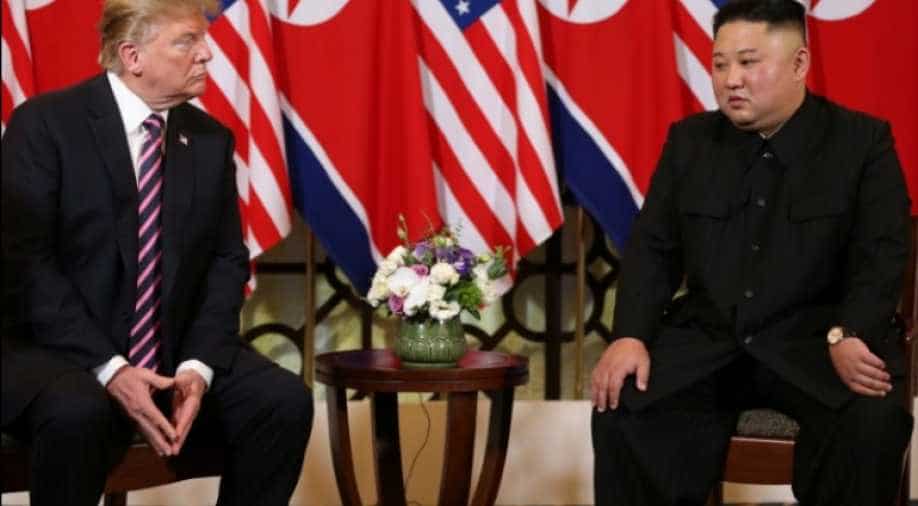 Nuclear discussions between Washington and Pyongyang have stalled since a second summit in Hanoi in February ended without an agreement over differences on the extent of denuclearisation and a sanctions relief in return.

The United States is ready to sit down with North Korea to resume long-awaited working-level nuclear talks, a US envoy said Wednesday.

Nuclear discussions between Washington and Pyongyang have stalled since a second summit in Hanoi in February ended without an agreement over differences on the extent of denuclearisation and a sanctions relief in return.

But anticipation for renewed dialogue has been on the rise after the US and its security ally South Korea wrapped up their two-week joint military drill on Tuesday.

"We are prepared to engage as soon as we hear from our counterparts in North Korea," said Stephen Biegun, the US special representative for North Korea, after his meeting with South Korean counterpart Lee Do-hoon in Seoul.

The comments come amid speculation that Americans could meet with North Koreans at the demilitarised zone dividing the North and South to kick start working-level talks during Biegun's three-day stay in Seoul, which began Tuesday.

The US envoy denied media reports he would soon take a diplomatic posting in Russia, saying he remained "focused on making progress" with North Koreans and "fully committed" to the goal of the denuclearisation in the North.

Pyongyang considers the joint military exercise by the allies a rehearsal for invasion and has routinely expressed anger at the war games.

It called South Korean President Moon Jae-in last week an "impudent guy rare to be found" for hoping to resume inter-Korean talks while continuing military drills with the US.

Washington stations nearly 30,000 troops in the South to defend it from its neighbour.

US President Donald Trump tweeted earlier this month North Korean leader Kim Jong Un expressed his hope -- in a letter hand-delivered to him -- for resuming dialogue "as soon as the joint U.S./South Korea joint exercise are over".