US population in 2020 marks slowest growth since country founded: Report 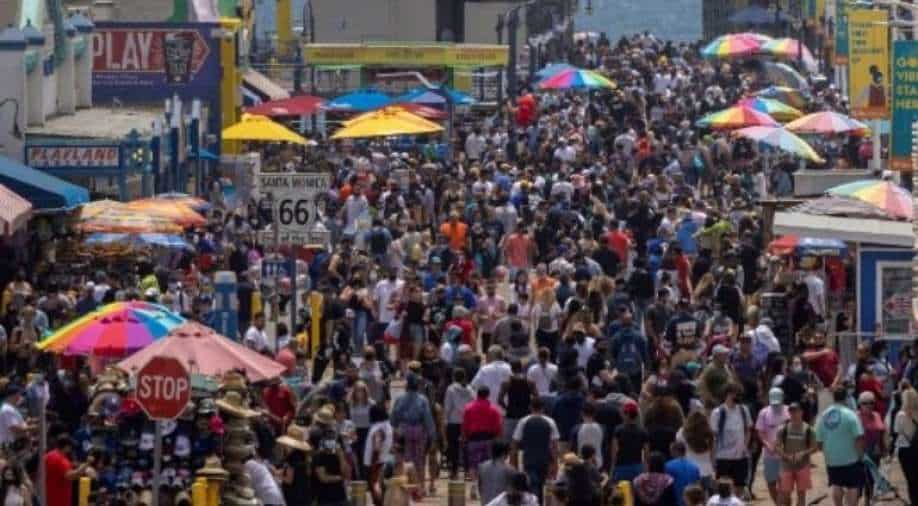 In this file photo taken on May 31, 2021, people fill the Santa Monica Pier in California during Memorial Day as Covid-19 shutdowns are relaxed. Photograph:( AFP )

According to Census Bureau estimates released on Tuesday, the United States' population expanded by 0.1 per cent in the year ending July 1, the slowest rate since the country's establishment.

According to the bureau, "Slow growth can be linked to lower net international migration, decreased fertility, and increased death due in part to the COVID-19 pandemic."

A natural increase (number of extra births over deaths) of 148,043 people and a net foreign migration of 244,622 people contributed to the country's growth.

According to the Census Bureau, this is the first time that migration has outpaced natural growth.

Also read | US 2020 Census shows decline in white population: Here are key takeaways from the report

Between 2020 and 2021, 33 states saw population increases, and 17 states and the District of Columbia lost population, 11 of which had losses of over 10,000 people. The Census Bureau said this is a historically large number of states to lose population in a year.

Texas, California, and Florida are all home to over 20 million people. Last year, New York fell below that figure.

Calculating the number of births, deaths, and migration results in population estimates.

International migration resulted in a net gain of about 245,000 residents, whereas natural growth only accounted for about 148,000.