US policy on Zimbabwe hinges on transparency of election 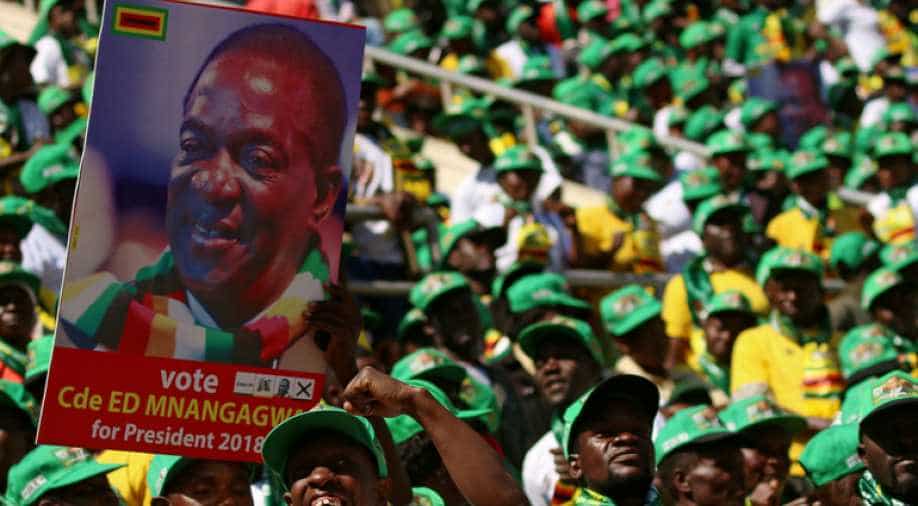 Supporters of the ZANU PF attend the party's final rally at the National Sports Stadium in Harare, Zimbabwe. Photograph:( AFP )

US policy on Zimbabwe will depend on the transparency of this week's election, US lawmaker Karen Bass told reporters in Harare, after the release of the National Democratic Institute's (NDI) preliminary report on the election.

"What is going to impact US policy will be how this process plays out," Congresswoman Karen Bass said.

The NDI, a US election observer group, called on the Zimbabwe Electoral Commission to release the presidential election result as quickly and transparently as possible.

Earlier, EU observers on Wednesday criticised the Zimbabwe elections for being held on an "un-level playing field" as the opposition MDC protested against alleged widespread fraud by the election authority and ruling party.

Several hundred opposition Movement for Democratic Change (MDC) supporters gathered outside the party headquarters in Harare, chanting and shouting that they had won the elections.

Anti-riot police backed by water cannon trucks monitored the demonstrators, while MDC supporters also protested outside the conference centre where election results are being announced.

The EU mission found an "improved political climate, but (an) un-level playing field and lack of trust in the process," it said in a statement, two days after Zimbabwe's first ballot since Robert Mugabe was ousted by the military ending his 37-year rule.