US policing needs radical reform and removal of racist officers 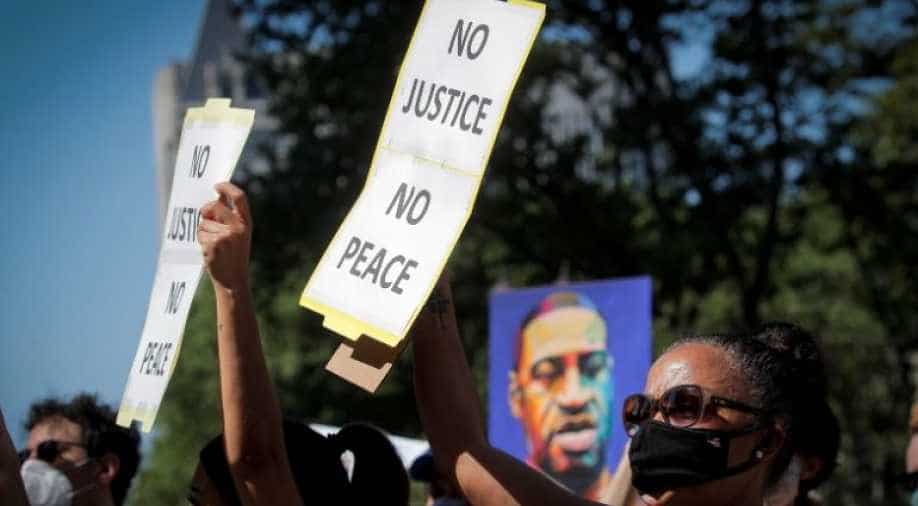 People gather during a protest against racial inequality in the aftermath of the death in Minneapolis police custody of George Floyd, in the Brooklyn borough of New York City, New York, U.S. June 9, 2020 Photograph:( Reuters )

Floyd's death has also sparked the call for defunding the police.

Three weeks after George Floyd died in police custody in Minneapolis City, anti-racist protesters across the US say that their work is far from over. They keep on criticizing entrenched bias in law authorization and call for major reforms in it.

The momentum against racism and police brutality is growing with every passing day. Westbound traffic on the Bay Bridge was at a standstill on Sunday evening for nearly two hours after all lanes were blocked by protesters.

Multiple local news outlets reported that protesters spray-painted "BLM," the initials to Black Lives Matter, onto the bridge in yellow before being stopped by authorities

In Detroit, thousands of protesters marched through the streets. One demonstrator covered the statue of General Alexander Macomb. He was the Commanding General of the United States Army from May 29, 1828, until his death on June 25, 1841.

In Chicago, protesters organised the drag march for a change, with drag queens speaking in support of the black lives matter movement.

Floyd's death was not an isolated incident the united states has been accused of systemic racism and unjustified use of force.

Another death over the weekend underlined these allegations.

Another black man Rayshard Brooks, 27, was fatally shot by police at a Wendy's drive-thru after officials said he resisted arrest and stole an officer's Taser.

Mass protests followed Rayshard's death, protesters set ablaze the wendy's outside which Rayshard was shot. Experts say that the use of the deadly force was unjustified.

One lawyer points at qualified immunity behind these police shootouts.

Floyd's death has also sparked the call for defunding the police.

The Minneapolis city council has passed a resolution. The city will be replacing the police department with a community-led public safety wing. Trump tweeted calling the move 'crazy'

Supporters of the anti-racist movement have called for the action as one step toward combating what they view as institutionalized racism within police departments.

After this huge unrest in the United States, one thing is clear that once this movement blows over, policing in the US Will never be the same again.