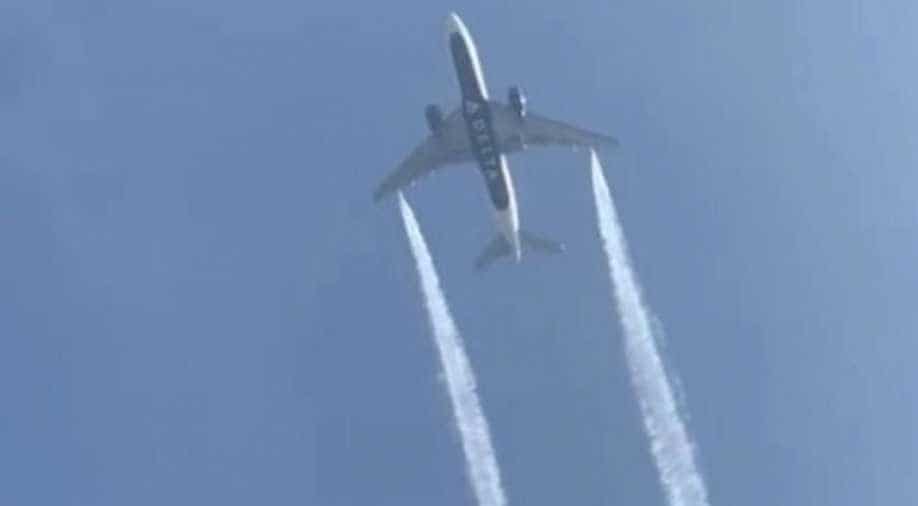 A mist of fuel was sprayed in two lines and has adversely affected 60 people in which most of them were students.

Elementary school kids of Park Avenue elementary school in Cudahy California were doused by an aeroplane's fuel during its emergency landing to Los Angeles International Airport (LAX) on Tuesday.

Delta flight 89 which was a Boeing 777, was en route to Shanghai and had taken off from Los Angeles Airport with 149 passengers on board.

But it was turned around due to an engine issue.A mist of fuel was sprayed in two lines and has adversely affected 60 people in which most of them were students.

A video of the plane on the verge of emergency landing was shot by a 16-year-old outside his house.First response emergency units were witnessed almost immediately.

The evacuation of students and meeting their parents and caretakers at the school gate can be seen in the aerial video.According to the fire department, the firefighters needed to treat ''multiple'' children after they complained of skin and lung irritation by the fuel.

Some hit by the fuel decontaminated themselves with soap and water from the strong vapour.

According to Cudahy mayor's, Elizabeth Alcantar "during the afternoon today, a delta airlines flight dumped fuel over park avenue elementary school in the city of Cudahy as well as surrounding communities.''

''There were other 14 schools affected by this incident with our school here in the city having the biggest impact. We have been advised that 22 children and 11 adults reported minor injuries of skin irritation and have been cleared. But none were transported to the hospital," she also added.

''This afternoon at approximately 12:12 pm, your Los Angeles county fire department was dispatched to a hazardous materials incident here at park avenue elementary school. Upon the first arriving units they found 31 patients who were contacted with the jet fuel. They were all treated and released at the scene here to their parents or their guardians," said battalion chief Jason Robertson, Los Angeles county fire department.