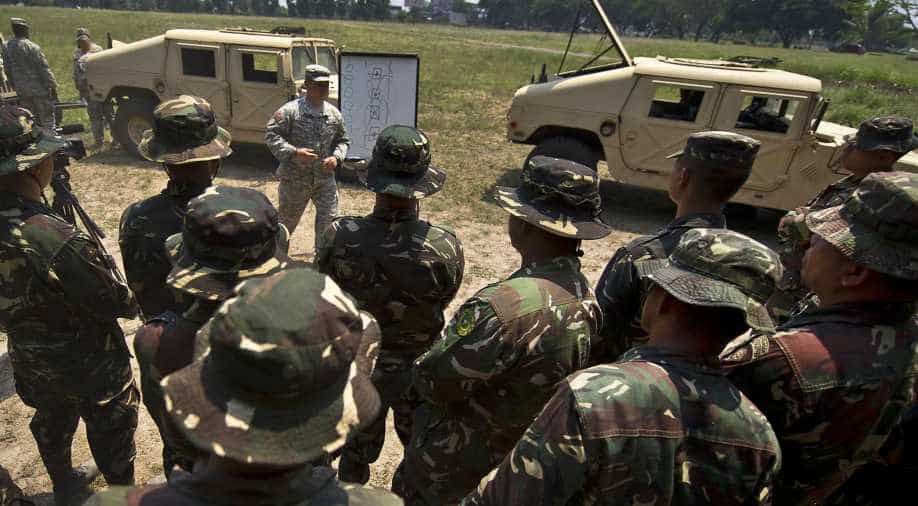 The scaled-back exercises come after Duterte changed the Philippines' foreign policy, distancing the country from Washington and aligning itself more with China. (Representative image) (Image source: Wikimedia Commons) Photograph:( Others )

The United States and Philippines began Monday their main annual military exercises with a smaller number of troops than previous years and are limited to anti-terrorist operations and disaster response.

The 2017 edition of so-called Balikatan, the first one during the Philippine President Rodrigo Duterte's tenure, began with a ceremony at the headquarters in Camp Aguinaldo to the north of Manila, said the Armed Forces spokesperson Restituto Padilla.

The number of troops, joined by some Australian and Japanese soldiers, has been considerably reduced as compared to previous years, when 11,000 US and Philippine soldiers took part in the exercises.

The current edition of Balikatan will be restricted to anti-terrorist and disaster response operations only, explained the military spokesperson to EFE.

Manila has deployed its biggest warship in this manoeuvre which will focus on mass casualty evacuation, urban search and rescue, underwater demolition and anti-terrorism operations in Samar, Cagayan, Isabela, Aurora and Nueva Ecija provinces.

During previous years, both armies practiced war situations with response exercises in the face of an invasion.

This edition does not even include exercises near the Spratly archipelago in the South China Sea where Manila and Beijing are embroiled in territorial disputes over the sovereignty issue.

The scaled-back exercises come after Duterte changed the Philippines' foreign policy, distancing the country from Washington and aligning itself more with China with whom it has signed several cooperation agreements and has proposed strengthening defence ties.

Last week, three Chinese warships visited the Philippines - for the first time since 2010 - to "bolster camaraderie and understanding between the two navies through naval diplomacy," according to the Armed Forces of the island country.

Balikatan has taken place every year since the US and the Philippines signed a mutual defence agreement in 1951.

Duterte agreed to it even though in October, during another program of joint manoeuvres, he promised that those would be the last ones to be conducted.