US shuts down Palestinian mission in Jerusalem 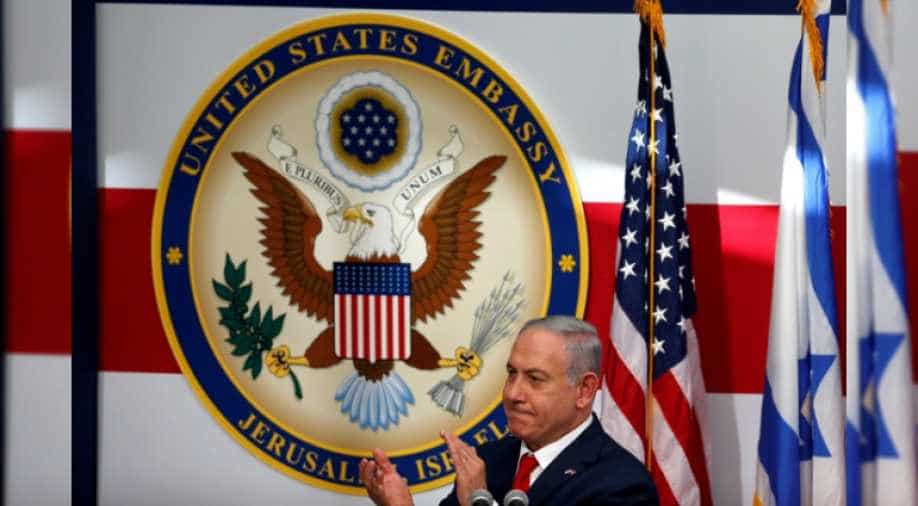 File photo: Israeli Prime Minister Benjamin Netanyahu claps his hands during the dedication ceremony of the new US embassy in Jerusalem, Israel, May 14, 2018. Photograph:( Reuters )

The US has merged the old Palestinian mission with the new US embassy to Israel in the same city.

The United States on Monday closed its stand-alone Jerusalem consulate that had served as its diplomatic channel to the Palestinians, merging the mission with the new US Embassy to Israel in the contested city.

The Palestinians, who have boycotted the Trump administration since it shifted long-standing US policy in December 2017 by recognising Jerusalem as Israel's capital, voiced anger at what they see as Washington's latest move against them.

The Jerusalem consulate general, which has acted independently as a de facto embassy to the Palestinians since the Oslo accords of the 1990s, will be replaced by a new Palestinian affairs unit within the embassy.

US ambassador to Israel David Friedman has been a supporter of Israeli settlement building in the occupied West Bank and Palestinians view him as blatantly biased in favour of Israel.

The State Department official could not confirm reports that the consul general's residence in Jerusalem would eventually become the home for the US ambassador as part of the embassy's move to the disputed city, which occurred last May.

Located near Jerusalem's Old City, it has been the home of the consul general since 1912, while the US permanent diplomatic presence in the city was established in 1857.