US opens embassy in Jerusalem amid violence in Gaza 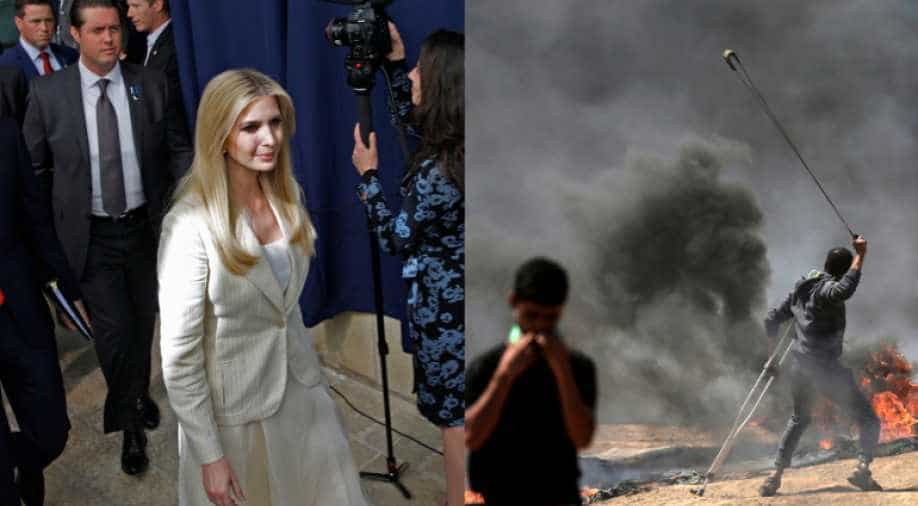 Photo combination of Ivanka Trump inaugurating US embassy in Jerusalem and Gaza unrest. Photograph:(AFP)
Follow Us

The US government has made large-scale security arrangements with over 1,000 security men posted around the complex.

US today officially opened its embassy in Jerusalem even as Palestinians continued to protest in Gaza.

The ceremony attended by President Trump's daughter Ivanka and her husband Jared Kushner takes places amid large-scale violence in Gaza were two Palestinians have reportedly been killed.

The US government has made large-scale security arrangements with over 1,000 security men posted around the complex.

US ambassador to Israel David Friedman was given a standing ovation when he mentioned President Trump's name.

Friedman referred to the embassy's location as "Jerusalem, Israel" as the crowd cheered.

The US move comes after President Trump on December 6th had recognised Jerusalem as Israel's capital and decided to move the embassy to the holy city.

In Gaza, at least thirty-seven Palestinians were killed by Israeli forces as the US opened its embassy in Jerusalem.

Thank you. Thank you, @POTUS Trump, for having the courage to keep your promises.

Thank you, President Trump, and thank you all, for making the alliance between America and Israel stronger than ever! pic.twitter.com/HmFBBdlkva