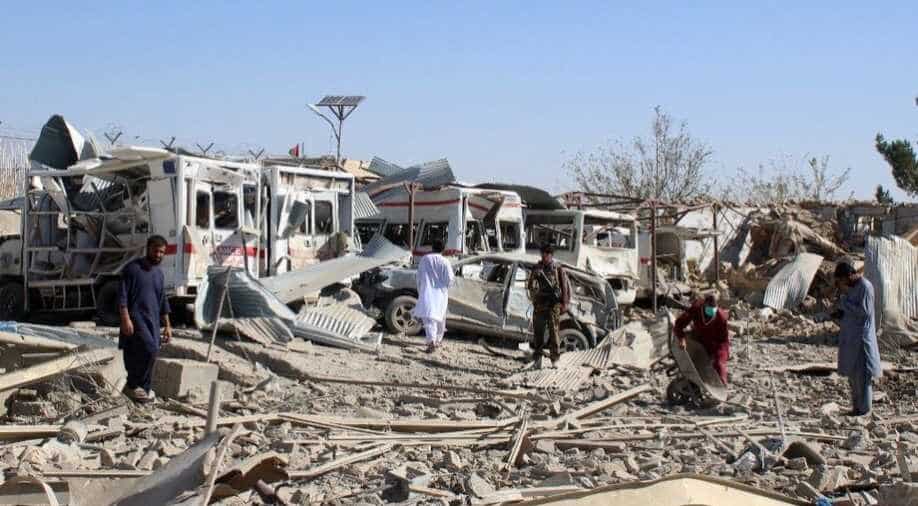 The Afghan War is estimated to have killed more than 1,50,000 people, including civilians, insurgents, local and foreign troops.

New documents reveal how United States officials misled Americans on the War in Afghanistan. The documents paint a stark picture of missteps and failures in the American effort in the war-torn country.

The Washington Post Report by investigative reporter Craig Whitlock called America's bluff on Afghanistan. The newspaper reported on Monday that it had obtained a confidential trove of government documents.

Craig interviewed close to 400 officials involved in the war in Afghanistan, including people such as the commanding generals, diplomats and the on-field workers.

Officials had made rosy pronouncements they knew were false and hidden unmistakable evidence which showed that the war had become unwinnable.

The Report details how Pentagon officials privately told a watchdog for years about their deep concerns about the US war strategy in Afghanistan, which included senior officials who were publicly more hopeful.

The Report quotes a three-star Army General John Sopko claiming that the US was devoid of a fundamental understanding of Afghanistan and that it did not know what it was doing.

Sopko served as the White House’s Afghan War Czar during the presidencies of Geroge W. Bush and Barack Obama.

The General also claimed that the US didn’t have the foggiest notion of what it was undertaking in Afghanistan and blamed the deaths of US military personnel on bureaucratic breakdowns among the legislature and the government.

However, in public, US military commanders throughout the war spoke about how the conflict in Afghanistan was turning a corner.

This, even as the Taliban held on to large parts of the country and killed US and Afghan forces, without having any air combat capability.

The documents accessed by the Washington Post show US Generals and officials acknowledging that the strategies for fighting the Afghan War were flawed and that the US wasted hundreds of billions of dollars trying to make Afghanistan into a stable, democratic nation.

US Presidents George W. Bush, Barack Obama and Donald Trump, all vowed they would avoid becoming mired in Afghanistan.

But, the Report shows how even from the early days of the war, the US was confused about its basic objectives and strategy for achieving them.

The United States along with its allies had invaded Afghanistan in 2001 to oust the Taliban from power for sheltering Al-Qaeda leaders who were accused of plotting the 9/11 attacks on the American World Trade Centre and the Pentagon.

The Afghan War is estimated to have killed more than 1,50,000 people, including civilians, insurgents, local and foreign troops.

The conflict has claimed the lives of more than 2,400 US military personnel and cost Washington nearly one trillion dollars.

The disclosure comes as US President Donald Trump and the Pentagon look to draw down the number of forces in Afghanistan.

This is in order to focus more on battling Al-Qaeda and the Islamic State terror groups, as the US government hopes to establish a peace deal with the Taliban.

The US and the Afghan Taliban restarted peace negotiations on Saturday, three months after Trump abruptly stopped the yearlong process aimed at finding a political settlement with the insurgent group and ending the war in Afghanistan.

The Afghan-born US Special Representative, Zalmay Khalilzad, led his team at a meeting Saturday in Doha, where Taliban negotiators are presently based.

The draft agreement reached between the US and Taliban would have set the stage for a phased withdrawal of US forces from Afghanistan.