US Navy defies Trump, proceeds in effort to expel SEAL 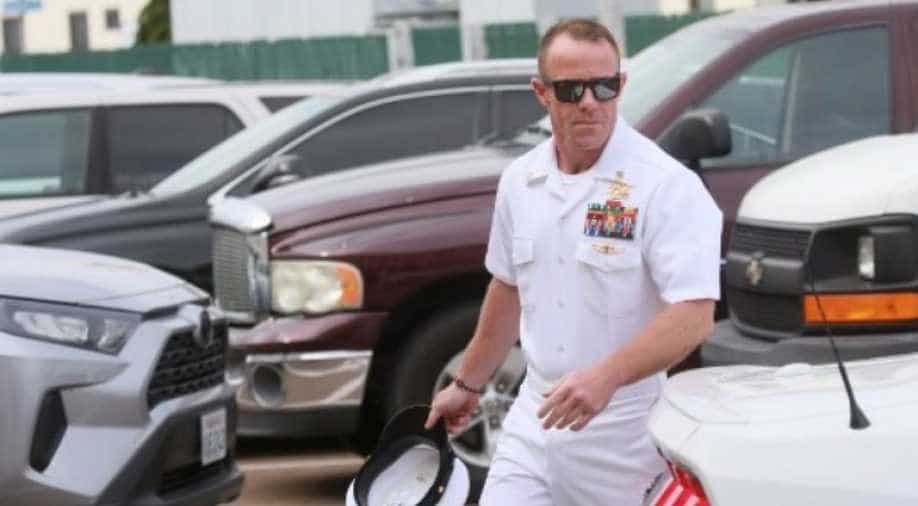 Edward Gallagher had been accused of war crimes in a high-profile case (File photo) Photograph:( AFP )

On November 15, Donald Trump reversed the demotion handed down to the 40-year-old under his conviction.

The US Navy will proceed in its effort to oust a member of its elite SEAL commando unit, an official said Saturday, defying the wishes of President Donald Trump.

Edward Gallagher had been accused of war crimes in a high-profile case but was found guilty only of a lesser offence. On November 15, Trump reversed the demotion handed down to the 40-year-old under his conviction.

The Navy this week launched a procedure under which a peer review board could strip him and three other members of his unit of their Trident pins -- effectively booting them from the SEALs.

A rankled Trump declared on Twitter on Thursday that "The Navy will NOT be taking away Warfighter and Navy Seal Eddie Gallagher's Trident Pin."

The Navy will NOT be taking away Warfighter and Navy Seal Eddie Gallagher’s Trident Pin. This case was handled very badly from the beginning. Get back to business!

On Saturday, however, a senior Pentagon official who requested anonymity in order to speak freely said the "peer review board is proceeding."

Whether Gallagher can remain in the unit or not will be determined by a panel of Navy SEAL officers that is set to convene in December.

The move came as multiple US news outlets reported that Navy Secretary Richard Spencer had threatened to resign over the affair, a claim he sharply denied.

"Contrary to popular belief, I am still here. I did not threaten to resign," Spencer said, speaking at a forum in Halifax, Canada.

The US Navy chief said he did not consider Trump's tweet to be a formal order.

"I need a formal order to act," Spencer told reporters on the sidelines of the forum.

According to the US Constitution, the president is the commander-in-chief of the country's armed forces.

Gallagher, a 15-year Navy SEAL, had been accused in the stabbing death of a wounded Islamic State prisoner in Iraq in 2017, attempted murder of other civilians and obstruction of justice.

In July, he was acquitted of charges related to those accusations, but was convicted of a lesser charge -- posing with the slain fighter's body in a group picture with other SEALs.

Gallagher's case had been championed by Fox News, which the president follows closely.