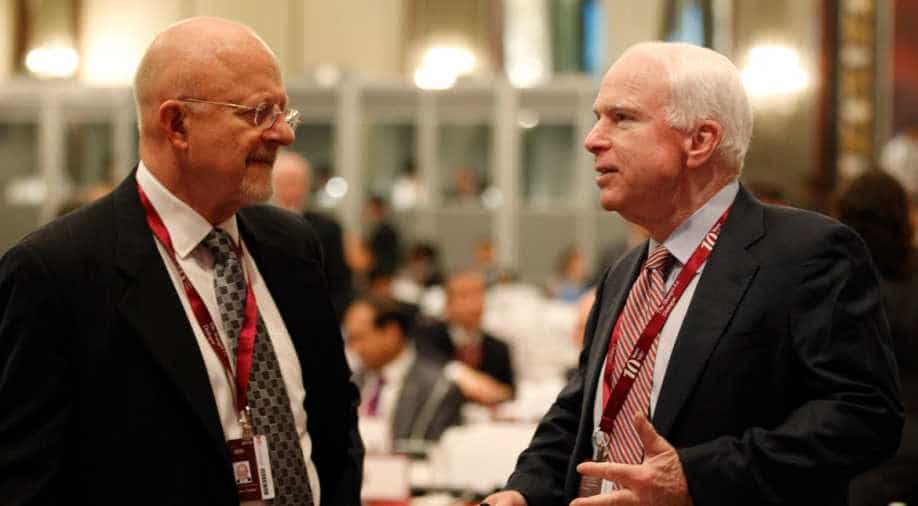 Director of National Intelligence James Clapper has said that the he is "even more resolute" in his belief that Russia interfered with the US presidential election by staging cyber attacks on Democrats, Reuters reported.

Clapper told the Senate Armed Services Committee that "our assessment now is even more resolute than it was" on October 7 when the government first publicly accused Russia.

"I don't think we've ever encountered a more aggressive or direct campaign to interfere in our election process than we've seen in this case," said Clapper during the hearing, Reuters stated in a report.

Clapper also pointed to widespread use of fake news in influencing the outcome of the US presidential polls, Slate said in a report.

The hearing was chaired by Senator John McCain, one of the most outspoken critic of Russia in US Congress.

US Presdient-elect has consistently played down Russia's role in US presidential elections.

He has been critical of US intelligence agencies' findings about Russia's alleged interfence in the US presidential elections.

Trump will be briefed by intelligence agency chiefs on Friday on hacks that targeted the Democratic Party before the election.