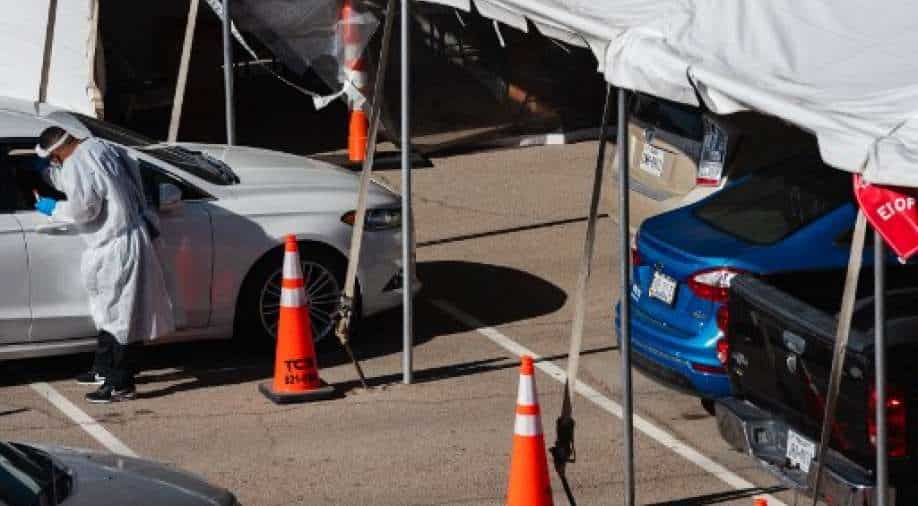 41-year-old Sarah Beam, who works as a school teacher in Texas, has been charged with endangering her 13-year-old child

A school teacher from Texas state in US has been arrested for allegedly locking her Covid positive son in a car trunk to protect herself from contracting the disease while driving to a testing centre.

Sarah Beam, 41, has been reportedly charged with endangering her 13-year-old child, according to local media reports.

The incident is said to have taken place earlier this week on Monday when Beem was taking her son to a drive-thru Covid testing centre.

According to reports, an official at the testing centre heard voices coming from the trunk. When inquired, the teacher reportedly opened the boot, revealing the boy lying inside.

According to click2houston.com, Beam told authorities that she locked her 13-year-old son inside to protect herself from the exposure. She was taking her son for another test to confirm the result.

A health worker at the site reportedly told Beam that no test would be done until the boy was allowed to sit in the back seat of the car, according to ABC affiliate KTRK-TV.

Beam has been working as a teacher at Cypress Falls High School since 2011, but is now on administrative leave, according to local media.

In a statement, Cy-Fair ISD Police Department said, “CFPD was alerted that a child was in the trunk of a car at a drive-thru Covid-19 testing site earlier this week.

"Law enforcement conducted a full investigation, resulting in a warrant for arrest. Thankfully, the child was not harmed."