US, Mexico hold talks to mend fences after wall bluster 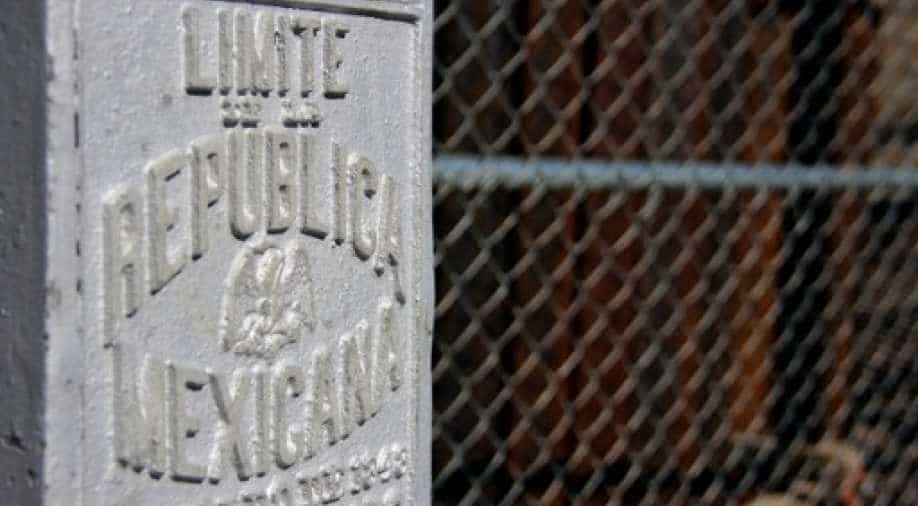 View of the border fence between Mexico and the US. Photograph:( AFP )

Mexican President Enrique Pena Nieto and US President Donald Trump sought to tone down diplomatic tensions over the Republican's planned border wall on Friday, agreeing to seek a resolution to the thorny dispute.

One day after the spat boiled over, with Pena Nieto cancelling a trip to Washington next week in response to Trump's insistence that his country pay for the barrier, the two leaders held an hour-long phone conversation.

Trump described the talks as "very friendly" while the two governments issued a nearly similar statement saying it was "constructive and productive."

The discussion capped a week that saw relations between the neighboring nations plunge into the biggest diplomatic crisis in decades as Pena Nieto vowed that Mexico will never pay for the border barrier.

While Trump and Pena Nieto "recognized their clear and very public differences" about who should pay for the wall, they agreed to "resolve these differences as part of a comprehensive discussion on all aspects of the bilateral relation," the statement said.

But the Mexican government's version statement included a line missing from the White House text: "The presidents also agreed for now to no longer speak publicly about this controversial issue."

Trump and Pena Nieto spoke about the US trade deficit with Mexico, "the importance of the friendship between our nations" and the need for the neighbors to work together to curb drug and weapons trafficking, the statement said.

Beat us to a pulp

Speaking at a press conference during talks with British Prime Minister Theresa May in Washington, Trump said he had a "very good relationship" with Pena Nieto.

The US leader said he looked forward to renegotiating trade deals and other aspects of US relations with Mexico.

"As you know, Mexico with the United States has outnegotiated us and beat us to a pulp through our past leaders. They've made us look foolish," he said, noting that the US has a $60 billion trade deficit with Mexico.

Both Trump and Mexican officials have threatened to pull out of the pact if they fail to get a good deal.

"We are going to be working on a fair relationship and a new relationship, but the United States cannot continue to lose," Trump said.

Before the phone call was made public, Trump had railed against Mexico on Twitter, saying the country "has taken advantage of the US for long enough."

He complained about "massive trade deficits" and exclaimed that "little help on the very weak border must change, NOW!"

But he did not mention the wall payment.

The spat over the wall has created the biggest diplomatic rift since a drug cartel tortured and killed a US undercover agent in 1985.

Trump has angered Mexicans, perplexed economists and energized his nationalist political base by vowing to build a wall along the US frontier -- and then somehow to make Mexico pay for it.

Mexico's leaders have repeatedly said their country will never pay for the 2,000-mile (3,200-kilometer) border barrier that Trump says is needed to stop illegal immigrants and drug smugglers coming over.

Trump's response has been to ask the US Congress to find between $12-15 billion for construction and to help him find a way to recoup the money with some kind of tariff on Mexican imports.

His team have floated several ideas for how to do this. On Friday, for example, senior aide Kellyanne Conway told CBS television that a five to 20 percent tax may be imposed at the border.

On Thursday, White House spokesman Sean Spicer suggested that one option -- not necessarily the favored one -- would be a border adjustment tax of the kind favored by Republicans in the US Congress.

Visiting Washington on Thursday, Mexico's Foreign Minister Luis Videgaray scoffed at the notion, arguing that this would just pass the cost of the wall on to US consumers of Mexican goods.

Before Friday's phone call, Economy Minister Ildefonso Guajardo, who was with Videgaray in Washington this week, told the Televisa network that the two sides were "at an impasse."

But the line of communication remains open, maintaining "the possibility to find a solution," he said.