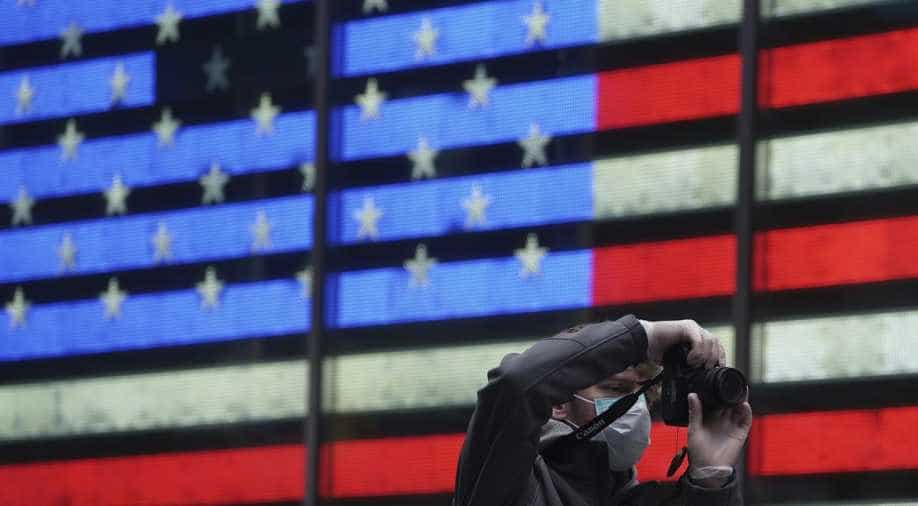 On Friday, the United States reported 2,108 new deaths, the highest daily toll out of any country since the outbreak was first reported in the central Chinese city of Wuhan in December.

The United States became the first country to report more than 2,000 coronavirus deaths in a single day, as billions around the world celebrated the Easter holiday weekend under lockdown from home.

On Friday, the United States reported 2,108 new deaths, the highest daily toll out of any country since the outbreak was first reported in the central Chinese city of Wuhan in December. With more than half a million reported infections, the United States already has more coronavirus cases than anywhere else in the world.

With 18,849 dead, Italy has the highest global death toll, but it is likely soon to be surpassed by the United States.

The global death toll from the virus surged past 103,000 on Friday. And the global infection rate now stands at more than 1.7 million, though with many countries only testing the most serious cases the numbers are likely far higher.

Europe has so far shouldered the majority of all deaths and infections.

There are, however, signs of hope the curve could be starting to flatten in some of the hardest-hit countries.

On Saturday, Spain recorded 510 new deaths, a dip in fatalities for the third day in a row. In France, nearly 1,000 new deaths were confirmed Friday but the country reported a drop in the number of intensive care patients for a second day running.

Italy also said the number of daily deaths was starting to level off -- though the government extended confinement measures until May 3.

Meanwhile, US President Donald Trump said that with the US infection trajectory "near the peak" and social distancing working well, he was considering ways to re-open the world's biggest economy as soon as possible. He acknowledged the risk of higher death tolls if businesses restart too soon -- after the World Health Organisation on Friday cautioned countries against lifting lockdown measures too quickly.

The pandemic has shaken the global economy, and the International Monetary Fund -- which has $1 trillion in lending capacity -- said it was responding to calls from 90 countries for emergency financing.