US makes appeal for calm after Jerusalem violence 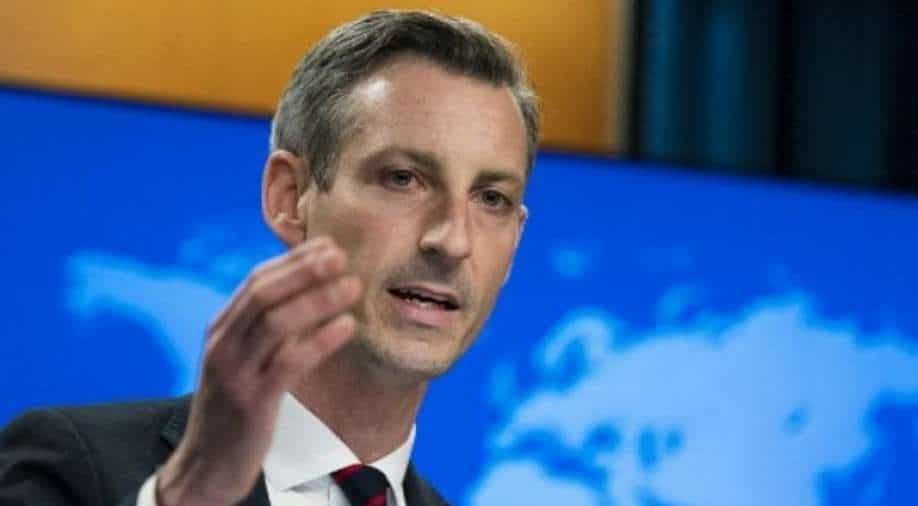 The United States said on Friday that it was "deeply concerned" after violence in Jerusalem's Al-Aqsa mosque compound. The clashes at the mosque compound took place on the heels of three weeks of deadly violence in Israel and West Bank. Palestinian demonstrators and Israeli police clashed at Al-Aqsa mosque on April 15. More than 150 people were wounded in the clashes.

"We call on all sides to exercise restraint (and) avoid provocative actions and rhetoric," State Department spokesman Ned Price said in a statement.

"We urge Palestinian and Israeli officials to work cooperatively to lower tensions and ensure the safety of everyone."

As per Israeli police, dozens of masked men marched into Al-Aqsa and set off fireworks. This was followed by crowds hurling stones towards the Western Wall which is considered the holiest site where Jews can pray.

In the violence that erupted on April 15, most of the Palestinian injuries were due to rubber bullets, stun grenades and due to police baton

Al-Aqsa is third holiest site in Islam. The mosque is called Temple Mount by the Jews. This is a reference to two temples said to have stood there in antiquity.

The Al-Aqsa compound sits atop the Old City plateau of East Jerusalem, which was captured by Israel in the 1967 Middle East war, and is known to Muslims as al-Haram al-Sharif.