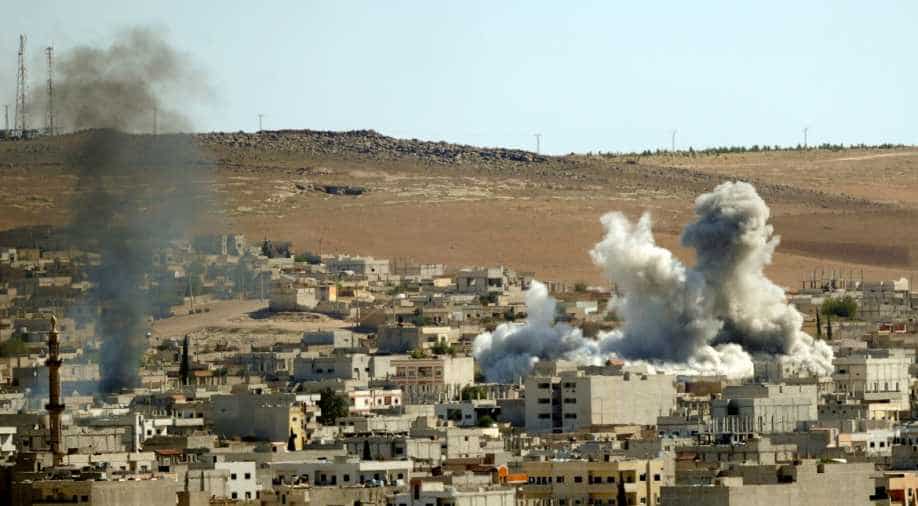 In a July 28 strike 15 civilians in Syria were killed when a moving IS vehicle that had been targeted slowed in a populated area.? Photograph:(Getty)
Follow Us

The US-led coalition admitted that 54 civilians had been "inadvertently killed" in seven air strikes on the Islamic State group in Syria and Iraq between march and October.

The coalition in a statement said that some casualties were "unavoidable" despite their efforts to minimise the risk to civilians.

"Although the coalition makes extraordinary efforts to strike military targets in a manner that minimises the risk of civilian casualties, in some cases casualties are unavoidable," the coalition said in a statement, news agency AFP reported.

"Four past reports of possible civilian casualties and three of the reports received in October were determined to be credible resulting in the unintended death of 54 civilians," the report stated, Russia's Sputnik International reported.

According to official coalition numbers, a total of 173 people have been killed since the offensive began against the Islamic State in 2014.

In a deadly coalition strike on a group of Is fighters near Syria's Manbij on July 18, about a hundred were killed.

Another fifteen civilians were killed in Syria in a July 28 strike. An IS vehicle had been targeted in a populated area. Officials said the vehicle had slowed after the guided bomb was released, AFP reported.

A strike on an IS position in Iraq killed eight civilians on October 22.

A London-based collective of journalists and researchers, Airwars, have praised Pentagon's efforts at accountability compared to Russia and President Bashar al-Assad's regime. The group says the number of likely civilian deaths from coalition strikes is 1,915 at a bare minimum. Airwars keeps an account of every known coalition strike using local resources and photographs and media accounts.

As of November 17 -- the date of the most recent tally -- the coalition had conducted a total of 16,291 strikes, about two-thirds of them in Iraq and the rest in Syria, AFP reported.

Coalition officials declared 12 other reports of civilian casualties as "non-credible" after a recent review.