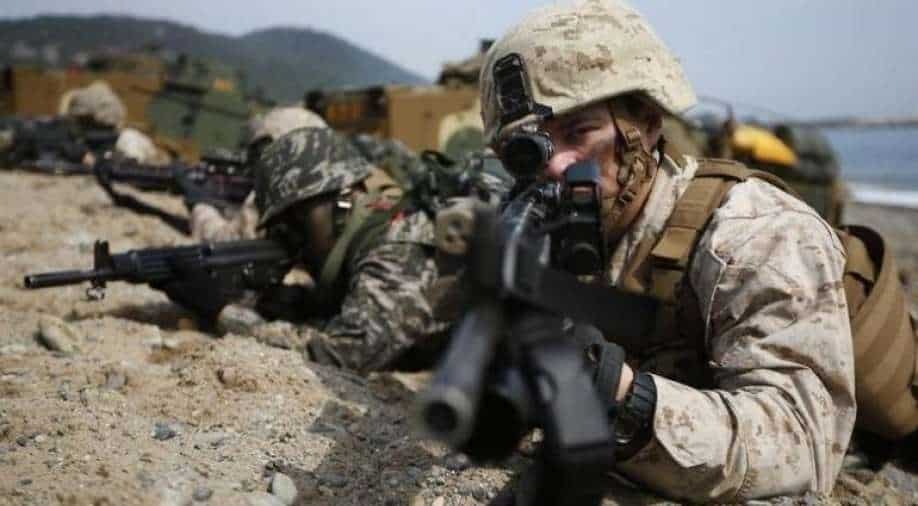 With the goal to implement it in a few weeks, the legislation would end military forces being used overseas, a tactic employed by both Democrat and Republican presidents over the years

US lawmakers belonging to Democratic Party on Friday said that they will begin working on legislation to overhaul use of military force for attacking overseas targets.

With the goal to implement it in a few weeks, the legislation would end military forces being used overseas, a tactic employed by both Democrat and Republican presidents over the years.

Gregory Meeks, a US representative and Chair of the House of Representatives Foreign Affairs Committee said that they would begin debating repealing the Authorization For the Use of Military Force (AUMF) which sanctioned the Iraqi war which took place in 2002.

"I intend to mark up legislation in the Foreign Affairs Committee in the coming weeks to repeal it," Reuters cited Meeks as saying during a video news conference.

Recently, senators have been pushing for the return of the power to declare war to US Congress from the White House. After President Joe Biden authorised airstrikes on Syria, a bipartisan group on March 3 introduced legislation to repeal the 2002 Iraq AUMF, along with the one passed in 1991.

Last year, the Democratic-led House repealed the 2002 AUMF, a measure which was never taken up by the Senate - which was under Republican control then. Currently, the Senate has a Democratic majority.

The US Constitution gives war declaration powers to Congress, not the president. But after the Congress passed non-expiring AUMFs, the authority shifted.

"It's time we end these forever wars," Reuters quoted representative Barbara Lee said. Lee shed light on how AUMFs have been used over 40 times to justify attacks in 19 countries.

Adam Schiff, the House Intelligence Committee Chairman said that all authorisations should have end dates, should be applicable on specific countries, and should require consultation with, and while reporting to Congress.