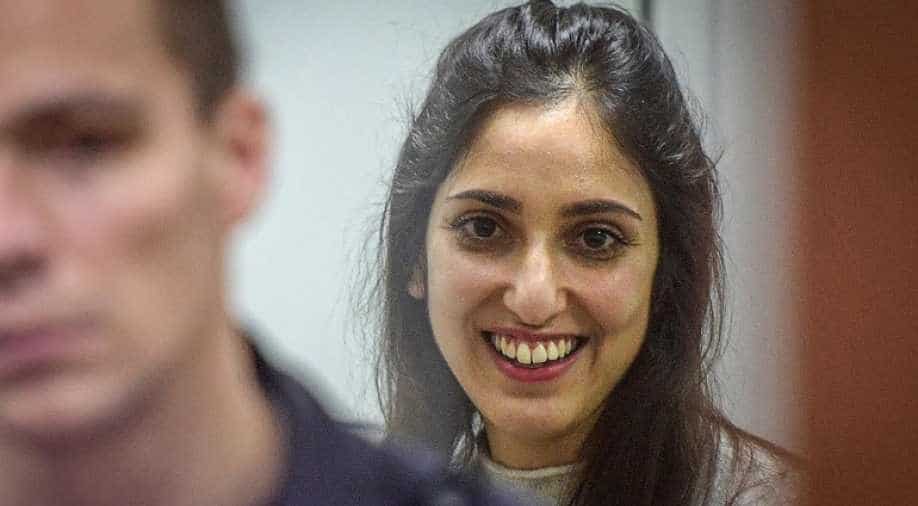 A US-Israeli woman jailed for drug trafficking in Russia flew into Tel Aviv with Israeli Prime Minister Benjamin Netanyahu on Thursday after she was pardoned by President Vladimir Putin.

"I just want to say thank you to everyone for all the support," she said smiling. "Right now I'm still in shock from the whole situation."

Russia freed her from prison shortly before Netanyahu met Putin at the Kremlin to discuss US President Donald Trump's Middle East peace plan.

Bringing Issachar home after 10 months in prison was a publicity coup for Netanyahu ahead of March 2 elections.

Her fate had sparked a wave of sympathy in Israel, where the veteran premier had pledged to do everything for her release.

She was arrested at Moscow's Sheremetyevo airport in April 2019 while in transit from India to Israel.

Russian authorities said they found nine grammes (0.3 ounces) of cannabis in her checked luggage and she was sentenced in October to seven and a half years in prison.

Her case was controversial because she was arrested whilst in the airport's transit zone, while the drugs were in her hold luggage.

Netanyahu posted a video on Twitter showing him and his wife hugging and kissing Issachar and her mother at a Moscow airport before their departure.

- 'Didn't cross border' -
Putin had pardoned Issachar on Wednesday after she submitted a request at the weekend.

"Guided by the principles of humanity, I pardon Naama Issachar," he said in a decree cited by the Kremlin.

The prison service said early Thursday that she had been released from a penal colony in the Moscow region.

Putin told Netanyahu that it was lucky for Issachar that she did not cross the border, suggesting this would have complicated the pardon procedure.

"She -- thank God, it's very good for her -- didn't even cross the Russian border," Putin said, adding that the drugs were found in her luggage while it was being moved from one plane to another.

"Give my very best regards to her, her family and her mum," he told Netanyahu.

In December, Issachar lost an appeal against her sentence, which Netanyahu had described as disproportionate.

During the appeal hearing, Issachar had proclaimed her innocence, denouncing the charges against her as absurd.

After initially refusing to appeal to Putin, on Sunday she signed a request for a pardon.

The Russian leader met Issachar's mother and Netanyahu while visiting Israel last week to commemorate the liberation of the Nazi death camp at Auschwitz 75 years ago.

The Israeli foreign ministry had called the verdict "harsh and disproportionate" and President Reuven Rivlin had appealed to Putin's "mercy and compassion" when asking him to intervene in the case.

Netanyahu and Putin on Thursday also discussed Trump's Israeli-Palestinian peace plan, but Putin did not comment on the proposal in front of the reporters.

Netanyahu had stood alongside Trump at the White House when the peace plan was announced Tuesday, and called it a victory for Israel.

He told Putin he was the first foreign leader he had spoken to about the plan, adding: "I'd like to speak to you and hear your insights and see how we can combine all our forces for security and peace."

Russia has said it will study Trump's plan and called on Israelis and Palestinians to negotiate directly to find a "mutually acceptable compromise".