US, Iran clash over Tehran's testing of limit in nuclear deal 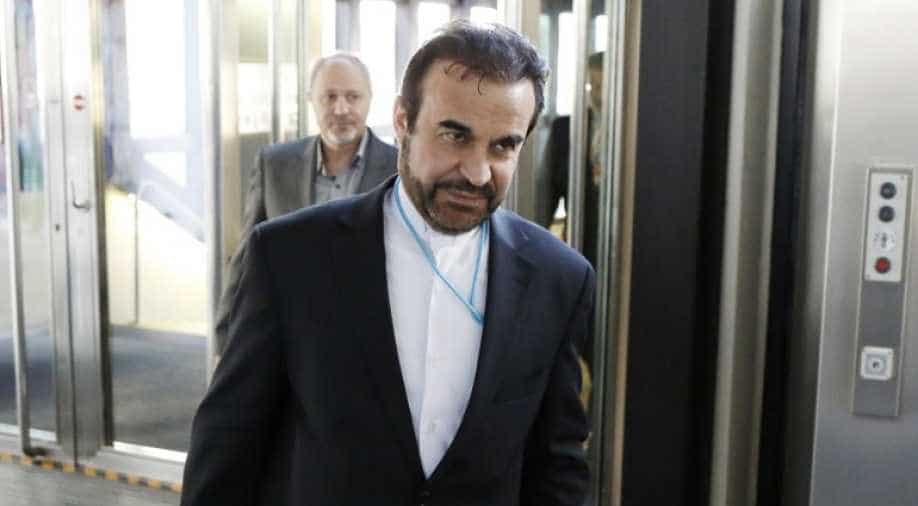 Iran's envoy to the IAEA, Reza Najafi questioned 'Where is (the) limit?' stating that the clause mentions estimated use of 130 tonnes of hard water. Photograph:( AFP )

US slammed Iran for overstepping of the limit on its stock of sensitive material for the second time this year at UN's International Atomic Energy (IAEA) on Thursday.

The IAEA which is regulating the deal said Iran violating the terms of the deal could undermine US support for the nuclear agreement, Joint Comprehensive Plan of Action (JCPOA) signed between the countries last year.

US ambassador to the IAEA, Laura Holgate, said "Iran must strictly adhere to all commitments and technical measures for their duration."

"We note with concern Iran's accumulation of heavy water in excess of the limit set forth in the JCPOA of 130 metric tonnes," Holgate said.

Iran's envoy to the IAEA, Reza Najafi said the country is planning to export more than five tonnes of heavy water to come back under the 130 tonne limit. Iran had notified the IAEA about its plans to excceed the original limit.

However, Holgate said Iran will violate the deal until the heavy water was delivered to a foreign buyer as per the deal's requirement.

"Simply notifying states that this heavy water is for sale without removing it from Iran does not fulfil this JCPOA commitment," she said.

Iran said the issue was not that clear-cut.

Najafi responded with "Where is (the) limit?"

"The JCPOA is very clear," he added. "It says that the needs of Iran are estimated (to be) 130 tonnes. Who is the native English speaker to tell me what estimated means?"