US: Intelligence errors led to coalition strike on Syria forces 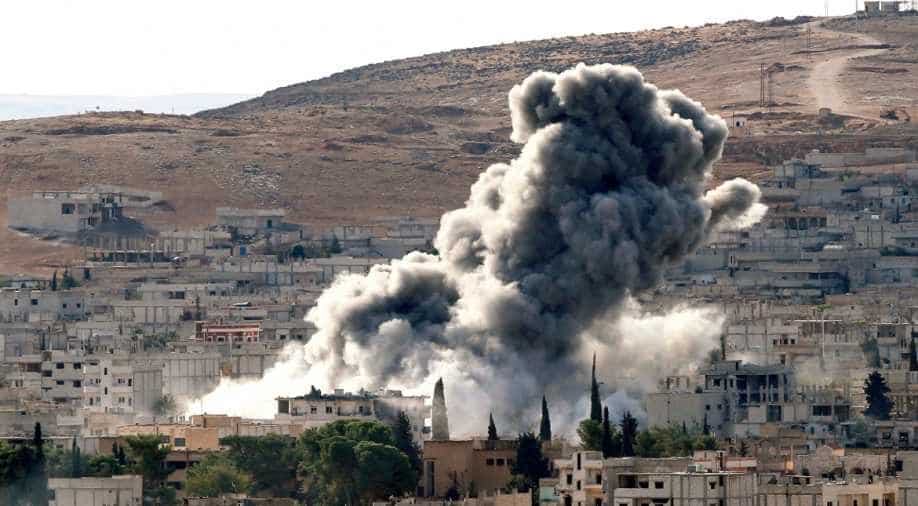 The Pentagon said it had only been able to conclusively count 15 deaths, but acknowledged the toll was possibly much higher. (Representative image) Photograph:( Getty )

The US department of Defence on Tuesday accepted that intelligence errors led to the US-led coalition air strike in Syria that killed Syrian regime troops in September.

There were "errors in the development of intelligence, as well as missed opportunities for coalition members on duty to recognize and voice contrary evidence to decision makers," the US military's Central Command said in a statement following a six-week probe into the September 17 attack near Deir Ezzor, news agency AFP reported.

The Syrian Observatory for Human Rights had reported the death of at least 90 government soldiers.

The Pentagon said it had only been able to conclusively count 15 deaths, but acknowledged the toll was possibly much higher.

Australian, Danish, British and American planes all took part in the air strike.

The inestogator of the case, Brigadier General Richard Coe, told reporters that weapons were employed by each of the four countries, dropping a total of 34 guided bombs and firing 380 rounds of 30-mm ammunition, reported AFP.

"In this incident, we made an unintentional, regrettable error primarily based on human factors in several areas in the targeting process," Coe said.

The targets struck included "defensive fighting positions," vehicles, tents, tunnels and people -- all of which were thought to be legitimate IS targets, he added.

The US-led coalition is focused on attacking the Islamic State group in Syria and Iraq and does not want to get involved in Syria's brutal civil war.

A key mistake was the identification of a Syrian vehicle thought to belong to IS jihadists which influenced further intel assessments.

The troops were not wearing recognizable military uniforms or carrying identifying flags, the Pentagon said.

The most important miscommunication happened when a phone call by the Russian forces to warn US was delayed by 27 minutes. A call from the Russian forces came in on a special hotline to tell the coalition that the strike was hitting Syrian governmeent forces.

The delay occured becuase the officer with whom the Russians normally spoke was not immediately available.

Almost half of the strikes had occurred during the delay. The strike was called off as soon as there was communication with the point of contact.

Additionally, the investigation found that an early assessment from an intelligence analyst that the target "couldn't possibly" be IS was overlooked, AFP said.

"In my opinion, these were a number of people all doing their best to do a good job," Coe said. "The decision to strike these targets was made in accordance with the law of armed conflict and the applicable rules of engagement."

The strike was conducted by F-16 and FA-18 fighters, A-10 ground-attack craft and drones, AFP said.

The IS group has since January 2015 besieged the eastern city of Deir Ezzor where more than 200,000 people live. It controls more than 60 percent of the city, the capital of the province of the same name.